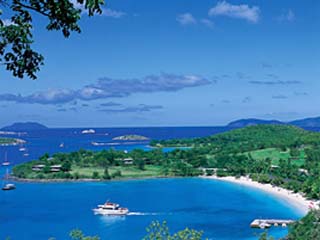 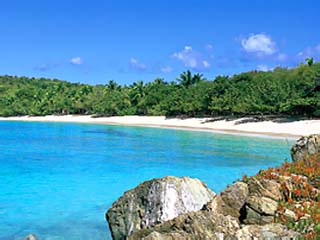 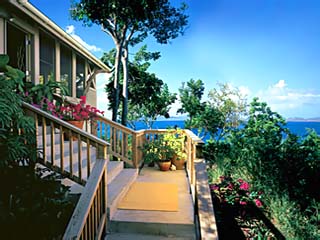 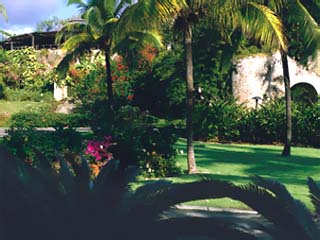 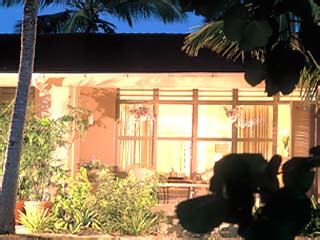 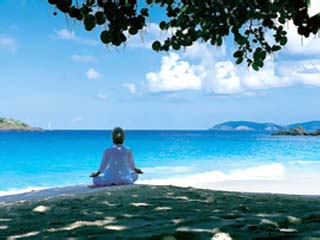 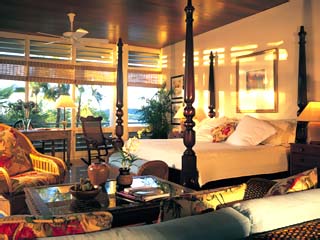 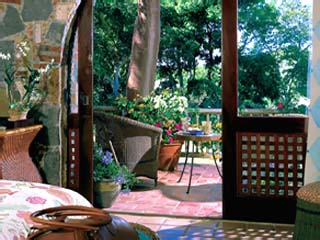 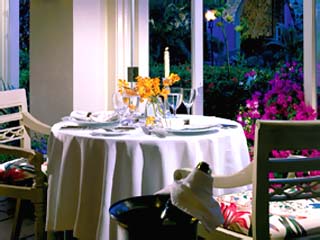 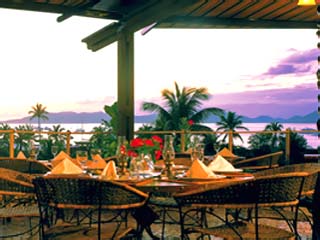 Set on its own peninsula and bordered on all sides by the Atlantic Ocean and Caribbean Sea, Caneel Bay is made up of seven separate beaches and is located at the heart of the 5,000 acre Virgin Islands National Park.  Caneel Bay is a naturalist's wonderland where the landscape overshadows all that stands within it.   Rosewood Hotels & Resorts is dedicated to continuing the high standards of respect for the land and natural water resources of Caneel Bay as initiated by its founder, Laurance Rockefeller, also the benefactor of the adjacent National Park Land.

Proof of citizenship is required to travel from the US to the British Virgin Islands.

Laurance S. Rockefeller "discovered" Caneel Bay in 1952, on a Caribbean sailing trip.  The total population of the island was only 400, and 85% of the islands topography was jungle.  He foresaw the perfect vacation spot amid this unspoiled land and purchased the old Caneel Bay Plantation.  In 1955, he began developing an infrastructure on the island to support the resort with power, fresh water and roads.  He oversaw every detail of the development.  He donated the property to Jackson Hole preserve, a non-profit, conservation-oriented foundation supported by the Rockefeller family.  The preserve later purchased 5,000 acres surrounding Caneel Bay and donated the land to the federal government, thus paving the way for the creation of the national park.

The Hotel Caneel Bay is located in St John, US Virgin Islands. It can be reached via San Juan and St Thomas. It is 4 miles across the Sir Francis Drake channel from St Thomas.

All Guests enjoy creative gourmet fare and attentive personal service when they dine at any of the resort's three exceptional restaurants.

Caneel Bay Bar - on the left hand-side of the flower strewn path in the direction of the guest accommodations.  Wednesday afternoons have rum mixing demonstrations at which guests are encouraged to taste-test the creative combinations.  Each evening live music invites guests to relax, unwind and strike up a conversation with fellow guests.