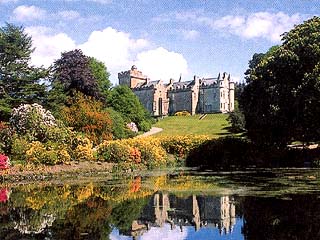 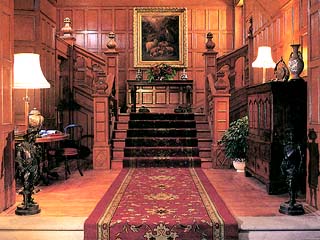 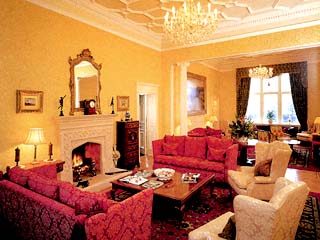 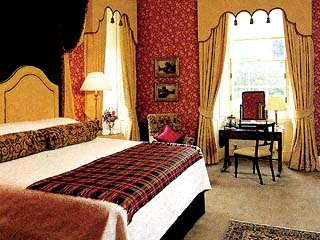 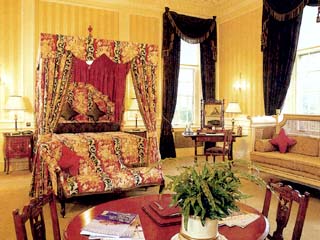 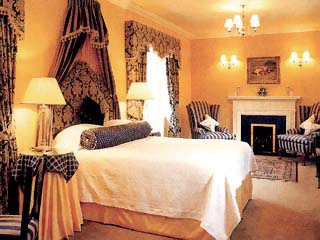 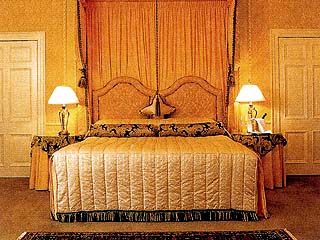 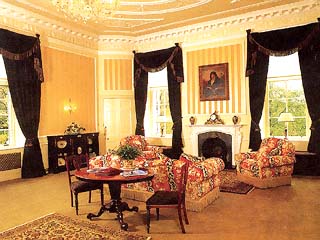 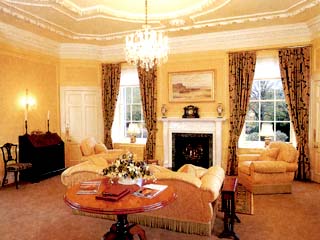 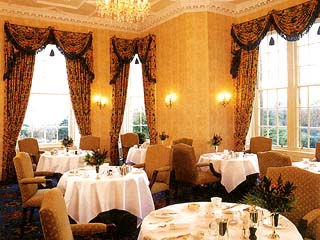 'We want our visitors to consider themselves honoured personal guests in our home. We want them to feel, as we do, that this is a special place where they can come to escape from the world for a while and renew their energies in peace, quiet and privacy, while enjoying all the creature comforts of a luxury hotel.' Graham and Fay Cowan.

A member of Relais & Chateaux

The castle is open to individual guests as an exclusive luxury retreat from April through October each year and is available throughout the year for exclusive use reservations.

Glenapp Castle was built in 1870 by the celebrated architect David Bryce for James Hunter, the Deputy Lord Lieutenant of Ayrshire.

The Castle and its lands were purchased in 1917 by James Lyle Mackay, subsequently, the first Earl of Inchcape. His descendants owned the castle until 1982, during which time they expanded the estate considerably and enlarged, altered the castle to its present form.

The McMillan family acquired the castle in June 1994, by which time it had sadly fallen into a very poor state of repair. Their daughter and son-in-law, Fay and Graham Cowan made the castle their home and embarked upon a lengthy restoration. For six years their full time occupation has been the restoration and conversion of the Castle and its thirty acres of magnificent gardens. That work is now finished and Glenapp has been restored to its rightful glory.

In April of the year 2000, a very unique and exciting event took place in the sleepy Scottish fishing village of Ballantrae in Ayrshire. For the first time, after many years of neglect, followed by a painstaking restoration project, Glenapp Castle, a vast and spectacular Victorian mansion set high above the village overlooking the Irish Sea and the island of Ailsa Craig opened its doors as an exclusive luxury Hotel.

Within the Castle there are graceful Lounges and elegant Dining Rooms as well as 17 individually furnished and decorated Bedrooms and Suites, seemingly endless oak panelled hallways and corridors. All are handsomely furnished with personally chosen antiques and fine oil paintings, individually decorated to the highest standard in traditional style.

The castle is open to individual guests as an exclusive luxury retreat from April through October each year and is available throughout the year for exclusive use reservations.

Glenapp Castle is one mile from the A77 Glasgow to Stranraer trunk road near the village of Ballantrae.

Dining at the Castle is a unique experience. The finest cuisine, produced by a skilled and professional team, is served each evening in the gracious surroundings of the Castle Dining Rooms. Complementary wines from the cellars are served with each day's menu, or guests may prefer to choose from the extensive Connoisseurs' List.

All of the Castle's Rooms are bright and sunny thanks to the tall and elegant Victorian windows and all Rooms have luxurious traditionally appointed en-suite facilities, as well as colour Television, Video Recorder and Compact Disc Player. Each Bedroom and Bathroom has a Direct Dial Telephone. Many Bedrooms have coal and log effect gas fires, and all Rooms have superb views of the gardens or the coastline, or both in many cases.

There are seventeen luxuriously appointed Bedrooms & Suites at Glenapp. All are individual and all look out upon the beauty of the gardens or across the Irish Sea to Ailsa Craig, Arran and the Mull of Kintyre.

The two 'Master Rooms' are palatial in size with highly ornate cornice-work. There are two Suites, which in addition to the Bedroom area have an interconnecting Sitting Room. The en-suite Bathrooms - traditionally appointed - are equally luxurious. All Rooms have Direct Dial Telephone, colour TV, VCR and CD Player.