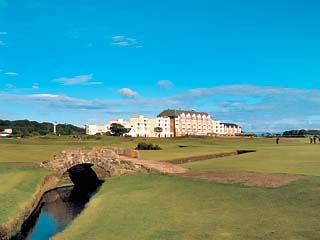 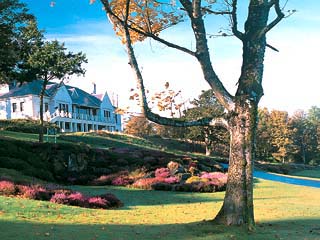 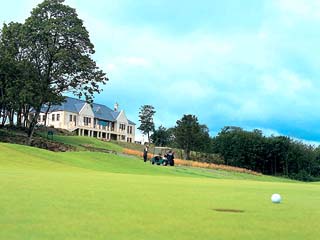 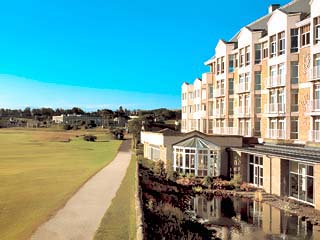 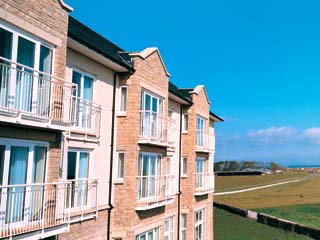 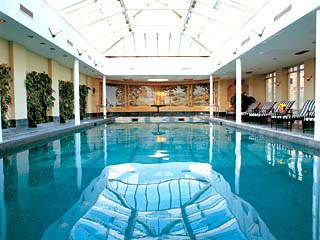 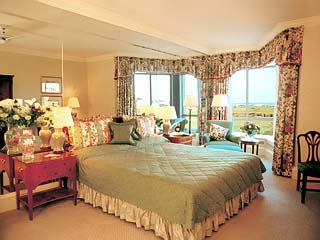 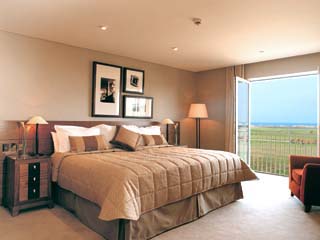 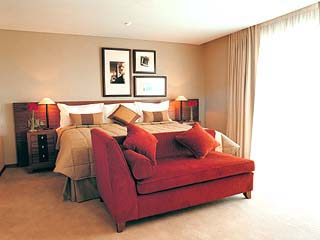 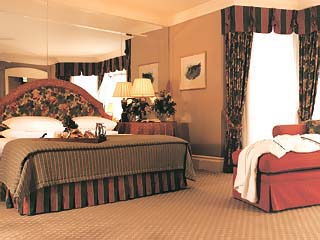 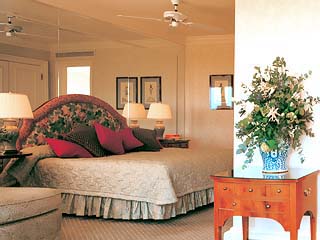 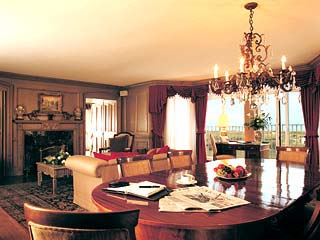 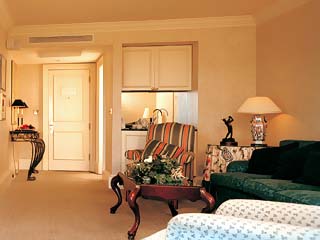 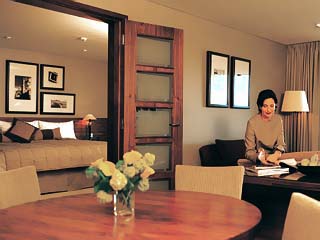 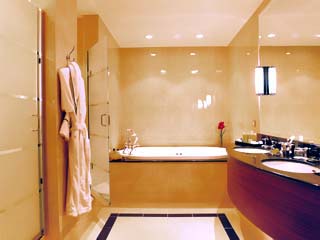 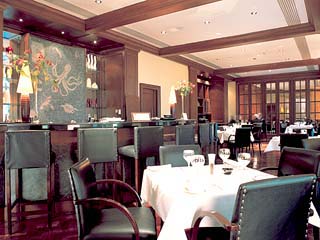 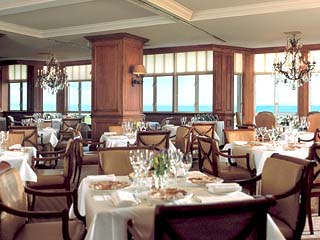 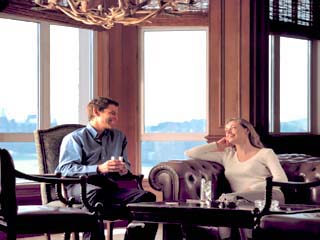 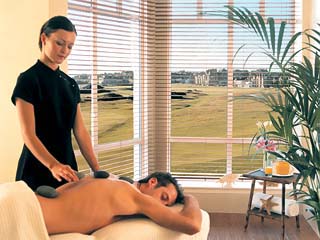 Over the past decade the Old Course Hotel Golf Resort & Spa  has invested heavily and wisely taking the hotel to the internationally recognised five star resort it is today. Investment has introduced the finest parkland Golf Course in St Andrews, owned and managed by the Hotel, expansion and development of the most luxurious Spa on the east coast of Scotland, continual improvement to the fine dining Restaurant, the Road Hole Grill, the finest seafood Restaurant in the area and the Millennium Wing, which features some of the most exclusive Suites in the world of Golf overlooking the mighty Old Course.

The Kingdom of Fife

A Pictish king, Cruithne, divided his entire kingdom into seven smaller ones, one for each of his seven sons. What we now know is Fife was ruled by Cruithne's son Fib. The borders have changed so little since then that it is still referred to as the Kingdom of Fife.

The Kingdom of Fife comprises 18 Royal Burghs, the oldest of which, Dunfermline, was decreed the ancient capital of Scotland in 1124.

Tennis may have originated in Fife; Real Tennis is still played at nearby Falkland Palace.

The Forth Bridge, connecting Fife and Edinburgh, was the first major structure to be built entirely of steel; designed by Sir John Fowler and Sir Benjamin Baker, it took seven years to complete and opened in 1890.

The oldest Highland Games in Scotland take place in Ceres, first commissioned by Robert the Bruce.

Crail is the most popular and most photographed village of the East Neuk.

Situated on Scotland's East Coast in the Kingdom of Fife, St Andrews is a corner stone of Scottish heritage. In the Middle Ages it was a thriving market town, important religious centre and seat of learning. Scotland's first university was established there in 1411 and is still recognised as one of the finest in Britain.

The citizens of St Andrews have been playing golf on the broad strip of sandy links that lies between the town centre and the Eden estuary for more than 500 years, earning St Andrews its title: The Home of Golf. The Royal and Ancient (R & A), the sport's official regulating body, was established in 1834. The Old Course, a pilgrimage for every golfer, starts and finishes outside the R & A Clubhouse. The Old Course Hotel overlooks the Old Course from a magnificent vantage point beside the infamous Road Hole 17, respected and feared as the toughest par 4 in golf.

Originally, the railway line ran alongside the Old Course and the station occupied the present site of the Old Course Hotel. When British Transport built the Hotel in 1968, the station sheds were removed, provoking uproar at the thought that playing conditions on the Road Hole might change. The town planners accordingly insisted that new sheds be constructed to the same specifications as the old. As a result golfers continue to agonise over whether to take on the challenge of the dogleg hole, hitting over the sheds and the Hotel Terrace as this is no mean feat, even for an accomplished golfer. In 1992, a wayward tee shot from the 17th found its way down one of the Hotel chimneys. The ball bounced off a fire grate and shattered the glass top of the Boardroom table, while a meeting was in progress.

During the construction of the Old Course Hotel, the original station master's house was transformed into The Jigger Inn. Adjacent to the 17th green and 18th tee, this traditional pub quickly became the most popular 19th hole in St Andrews. Caddies, students, locals, visitors and Hotel guests all appreciate its friendly atmosphere, open fires and hearty Scottish Fare.

In 1982, British Transport sold the Old Course Hotel to European Ferries, who upgraded and expanded the property, renaming it the Old Course Golf & Country Club. HRH The Princess Anne officially reopened the Hotel to accommodate visitors, players and officials for the 1984 Open.

In February 1988, an international consortium, The Old Course Limited - an alliance of the Royal & Ancient Golf Club, Robert Fleming & Company, trusts for the Rockefeller and Oppenheimer families and the Japanese Seiyo Corporation, a member of the Saison Group - bought the Hotel. An ambitious £16 million refurbishment and renovation programme was initiated and in May 1990, the property was repositioned as a deluxe five-star Hotel. It was renamed the Old Course Hotel & Health Spa offering a first-class Health Club, conference facilities and 125 fully refurbished Bedrooms and Suites.

In 1992, Kosaido Co Ltd, a company with considerable expertise in golf course management, joined the consortium and subsequently became the majority shareholder. It was Kosaido's vision and commitment to a luxury five-star resort at the Home of Golf that made construction of the Duke's Course possible. In view of the strategic importance of being able offer guests guaranteed tee times, Kosaido set about acquiring a suitable site for a golf course that would not be outshone by the great links of St Andrews. The answer was to create a new inland course of comparable quality.

In 1993, the Victorian mansion in Craigtoun Park and 330 acres of surrounding countryside, two miles inland from the centre of St Andrews, was purchased for the project. Five times Open champion and internationally reputed course architect, Peter Thomson was commissioned to design the new course. It was Peter's first venture in the UK and as a confirmed admirer of St Andrews he accepted the task of bringing a new course to the Home of Golf without hesitation. The Duke's Course opened in July 1995, when HRH The Duke of York played the inaugural tee shot.

Peter's idea was to exploit the elevated parkland setting to offer glorious views of the town, sandy beaches and Bay of St Andrews, with the Firth of Tay and the beautiful Scottish Highlands in the distance. The course itself is designed to present a challenge, different in style from that offered by the great St Andrews links courses - over natural parkland and woodland terrain - yet bringing many of the challenges of links golf into play.

The Duke's Course Clubhouse, which was opened in July 1996, stands in a secluded copse above the Ice House 9th and Craigtoun 18th greens and offers spectacular views over St Andrews and the closing holes of front and back nines.

In 1999, a new investment programme of more than £5 million, began and reaffirmed the Hotel's position as St Andrews' leading resort property. In May 2000, to celebrate the return of the Open Championship to the Home of Golf for the Millennium Open, a spectacular new wing extending the Hotel's frontage along the 17th fairway was unveiled, offering 21 Rooms of which 16 are Suites.

Conference and banqueting capacity was also enhanced by creating three flexible meeting zones: The Atrium with projection wall; The Gallery, a raised exhibition/events area; and three meeting rooms suitable for up to 60 delegates. The entire wing is linked by computer network for simultaneous communication between all rooms and public areas.

Golf development at St Andrews continues apace. Kingsbarns, a magnificent seaside course to the south of town, near Crail, opened in July 2000 to universal acclaim. With the five historic links courses that surround the Old Course Hotel and the recent additions of the Duke's Course and Kingsbarns, St Andrews remains unchallenged as the world's leading golf destination in the world.

By 2002, it became apparent to the owners of the Old Course Hotel that for many guests, health and spa facilities were as important as golf. With the Hotel's existing spa under increasing pressure, it was decided to sacrifice some bedrooms in order to increase the number of treatment rooms from six to 14. Eight new therapy suites, all bathed in natural light and many with views of the Old Course and coastline, were created in what is now the dedicated treatment wing on the first floor of the Hotel. All the new suites are large enough to accommodate couples and enjoy private changing rooms. A full range of treatments for men and women is offered, using Clarins, Thalgo and - exclusive to the Old Course Hotel in Scotland - Pevonia Botanica.

The Spa now occupies two floors. Its focus is a superb 15-metre Lap Pool on the ground floor, maintained at 30 degrees. The Pool is surrounded by sun loungers and has a Whirlpool at one end, brasserie-style tables and chairs at the other. A glazed atrium roof provides ample natural light. Also on the ground floor is a gymnasium equipped with state-of-the-art cardiovascular equipment and weights, and single sex changing rooms with sauna and steam rooms. Sands Seafood Bar & Restaurant offers a Spa menu of three courses.

Recent investment in The Spa is only the first phase of its redevelopment, which is to be completed by 2005, when the Open Championship returns once more to the Home of Golf.

St Andrews takes its name from one of Christ's apostles, whose relics were brought to the town by shipwrecked monk Saint Regulus, also known as St Rule. Important destination on the pilgrimage trail during the 8th Century, when people flocked to the site of St Rule's shipwreck to pay homage to St Andrew.

1528: Patrick Hamilton, student and first Martyr of the Scottish Reformation, was tried and burned at the stake for heresy - his face, etched in stone above the arch of the University Chapel, is said to have appeared as a result of the psychic power of his martyrdom.

Col. Lionel Playfair, provost in 1840, improved tourist facilities making the town a favourite with intellectuals, writers and artists such as Thomas Carlyle and Anthony Trollope.

1981: Scenes for Chariots of Fire were filmed on the West Sands.

St Andrews in the Kingdom of Fife, Scotland. Overlooking the world-famous Old Course, to which it owes its name, the resort stands adjacent to the fairway of the infamous Road Hole. Served by four Airports: Edinburgh - 52 miles, Glasgow - 100 miles; Dundee, domestic or private flights only - 11 miles, Leuchars Air Base - private or chartered aircraft up to Boeing 737 can land by arrangement, passengers can clear international customs and immigration. Leuchars Train Station 4 miles - hourly services London Kings Cross via Edinburgh.

Scotland is a nation whose traditions of fine food and hospitality have absorbed the influences and distinctive tastes of many cultures.  To dine at the Old Course Hotel is to savour the best the country has to offer, in surroundings worthy of such culinary excellence.

Sands Seafood Bar & Restaurant: Contemporary cuisine with a fusion influence. On the ground floor, seats 80 with private dining for up to 30. Stylish interior, upbeat atmosphere. Excellent Bar offering sushi, sashimi and gravadlax and an exciting selection of Absinthe-based and traditional cocktails as well as New World beers and wines.

The Jigger Inn: Traditional Scottish Pub with open-hearth fires; original building dates circa 1850, when it was the station master's lodge. Located next to the Pro Shop. Serves hearty Scottish Pub food.

The Hotel consist of 134 spacious Rooms including 32 Suites, Italian marble Bathrooms, Jacuzzi Bath in Suites. All of the Rooms in the Old Course Hotel Golf Resort & Spa are furnished to a luxurious standard and have unrivalled views, the majority overlooking the Old Course to the sea, others towards the surrounding countryside.

Eden Room For Single Use

Old Course and Sea Facing Rooms For Single Use

Fairway Suite For Single Use

Deluxe Suite For Single Use