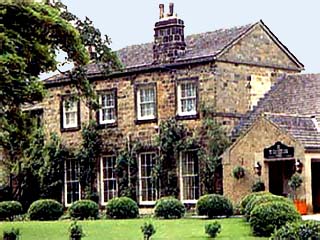 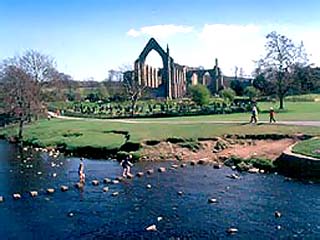 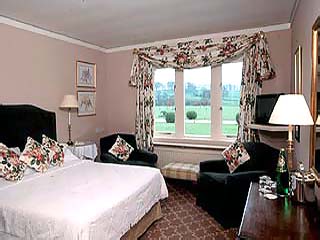 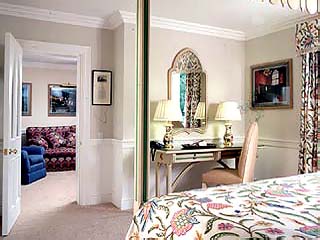 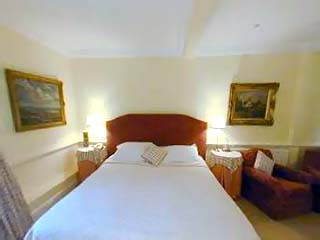 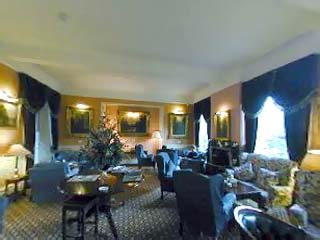 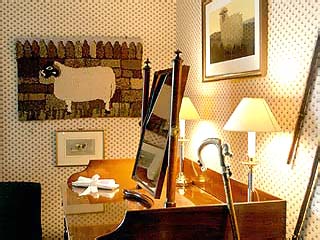 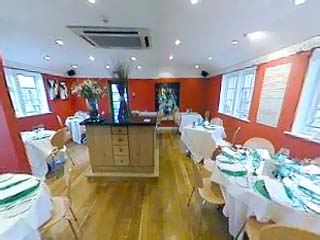 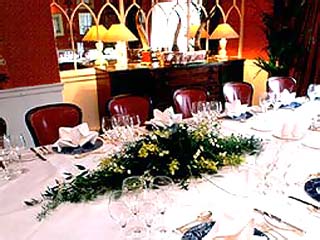 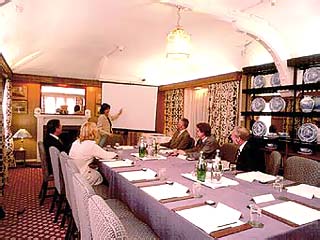 The Devonshire Arms Country House Hotel has been in the family of the Duke and Duchess of Devonshire since 1733. Based in the family's Bolton Abbey Estate, the Hotel was traditionally a coaching house. Based on the doorstep of the Dales, The Devonshire Arms is surrounded by some of the most beautiful countryside in England, be it footpaths along the River Wharfe to the most spectacular ruins of the 12th century Bolton Priory.

The view across the Dales from Simons' Seat is stunning or why not try the ride on the traditional steam train from Bolton Abbey Station. Whether it be the comfort of the sofa you sink into in front of the roaring fires of The Devonshire or the work-out and swim in The Devonshire Club, there is something for everyone.

The Devonshire Arms Country House Hotel is a member of the Small Luxury Hotels of the World.

The lovely rooms at The Devonshire Arms represent some of the finest luxury hotel accommodation in the Yorkshire Dales. Each room is individually decorated and is a testament to luxurious style, each distinctive in its own right, imaginatively furnished, exceptionally comfortable and each has those thoughtful touches that make all the difference.

Deluxe rooms with large four poster beds and lounge areas or superking and twin rooms on the ground floor overlooking the Italian box garden. Bathrooms are large and some have double hand wash basins.

There is a range of four poster beds, 5ft king, 6ft superking or twin.

In these rooms you will find have fantastic charm and character of course with modern facilities. The eleven rooms in this part of the house include the Beamsley suite which is split level and has oak beams and two bathrooms.

All of the rooms in this wing were refurbished under the direct guidance of The Dowager Duchess. Most of the rooms contain a large traditional four poster bed which were designed and made by the carpenters at Chatsworth and have sitting areas for you to relax with the view or watch the flat screen television. The rooms are on the first floor most of them have stunning views over the hills.

All of the bedrooms are themed and named in relation to the local area or family ties such as the Park Top room which is named after 11th Duke of Devonshires famous racehorse ridden by Lester Piggott.

This extension to the Devonshire Arms Country House Hotel was added by the then Duchess of Devonshire in 1982 when the family took over the running of the hotel which had previously been tenanted. The rooms are situated on the ground or first floor and during the winter/spring of 2009 25 of these rooms have seen a £3/4 of a million pound refurbishment which was overseen by the current Duchess of Devonshire . Many rooms enjoy lovely views looking across to the river and hills whilst others look over the Italian box garden. The disability friendly room is also located in this wing on the ground floor very close to reception with a large ‘wet room’ bathroom.

There are two themed bedrooms on this wing the ‘Photographer’ and ‘Artist’. Both have large bathrooms and walk-in showers. ‘Artist’ has a roll top bath, while ‘Photographer’ has a Television near the bath for sheer relaxation.

Each suite has a 6ft four-poster bed, a large bathroom with a separate walk-in shower and spa bath, sitting room with extra cloakroom, plus dressing room in Herbert Royle and complimentary drinks trays. Herbert Royle is named after the well-known artist and has a superb collection of his paintings. The Lismore Suite has a collection of photographs of Lismore Castle, the Irish home of The Duke of Devonshire. Both rooms are located on the ground floor.