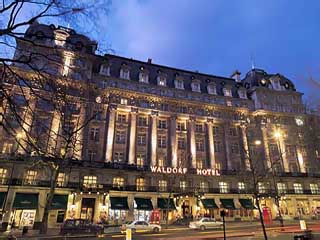 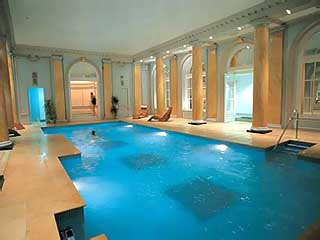 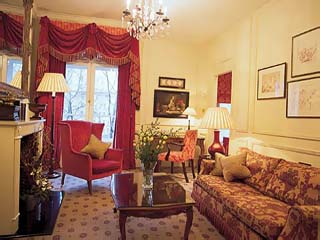 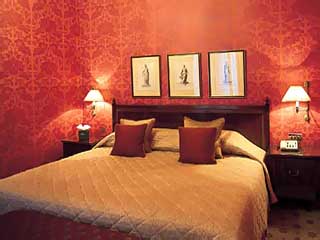 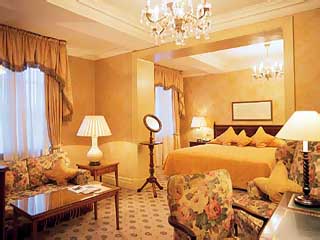 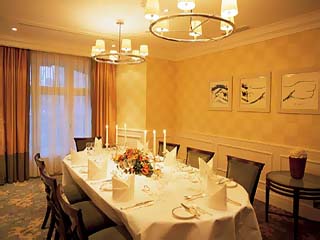 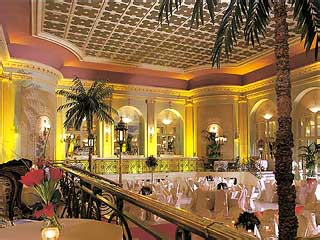 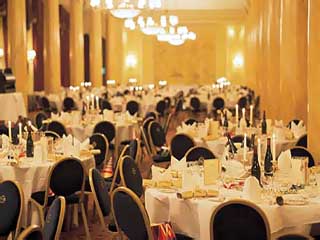 The Hotel has one of the most envied locations in London as it bridges the City with the West End, providing an excellent base for access to the main financial district during the day and the ever popular Covent Garden and West End in the evening.

*Please Note: The Hotel is currently under limited refurbishment and guests should experience no inconvenience. The Bar and Restaurant have been temporarily relocated, but continue to offer full service. Noisy works will be limited to 10:00-12:00 & 14:00-17:00.

In 1889, the London County Council planed to widen the famous street, the Strand and set about the biggest land clearance since the Great Fire of 1666. Eight acres of buildings and streets were to go, making way for a grand new crescent called the Aldwych. Parliamentary wrangling over the cost meant work did not start until 1900, at the end of the reign of Queen Victoria and the beginning of that of Edward VII. Edward Saunders, Manager of the Coronet Theatre in Notting Hill Gate followed these plans with interest, having great ambitions to have his own Theatre. He enlisted the support of theatergoer Thomas Wild, a Chartered Accountant, and although it was later claimed to be his idea to add a hotel, it was in fact Wild who proposed the project. The name Saunders and Wild chose for their company, seemed to imply there was Astor money involved and rumours to this effect still persist. In fact, the name seems simply to be one they picked because it had a ring of money about it, for at that time William Waldorf Astor, who had just become a naturalized British subject, was the richest man in the world. Astor ironically later went down with the Titanic, the ship whose ballroom was inspired by the Palm Court at the Waldorf. If the name was synonymous with success, it did not work out that way for the partners. Alexander Marshall Mackenzie of Aberdeen was signed as Architect and set about his design for a Hotel and Theatre. Shares in the syndicate did not sell well and two other Theatres opened adjacent to the site, further depressing the scheme. By 1905, the foundations had been laid but little finance remained available to continue. That year the new King officially opened the Aldwych, albeit with its centerpiece well and truly under construction. It was the Architect Mackenzie who rescued the project, bringing in another Scot, John MacDonald Henderson. The Waldorf syndicate was wound up and the Waldorf Hotel Company established with a share capital of £350,000. Saunders and Wild were both paid off with shares in the new company. MacKenzie had seen the latest hotel in the United States and was eager to adopt the higher ratio of bathrooms to bedrooms than was common in the UK. He also forecast that being in the heart of theaterland, the hotel would become one of the greatest centres of London amusement. He made good his predictions and from the 190-foot frontage of Aberdeen granite soared sculptured Portland stone in columns of French Renaissance style with statues representing the arts and sciences. The finished hotel was a majestic example of Edwardian building and earned Mackenzie enormous respect and the contract to design Australia House at the end of the Aldwych. The interior rivalled the exterior thanks largely to Waring & Gillow, who not only carried out the decoration, but supplied everything to run it - even the music sheets and instruments for the house orchestra. The official opening was on Tuesday 28th January 1908. An excited public saw innovations such as an electric light by each bed, telephones in every room and the hotel's own Telephone Exchange, prompting one newspaper to write 'Residents will thus be able, at any time of day or night, to obtain or exchange communication with any part of London or the provinces'. The public rooms included a Billiards Room, a Ladies Drawing Room with the very latest in musical boxes and a large pile of metal discs to while away the time, whilst the gentlemen drank in their bar called the Smoking Room. It was here the stage door Johnnies from the nearby legal chambers used to gather before going to collect the "Gaeity Girls" from the new Gaeity Theatre opposite. There was no doubt the hotel would be a success. One newspaper called it 'a new Palace for the people' and the Daily Graphic observed that 'a bachelor will be able to have the run of the place for a guinea and a half a week'. Its location and celebrity brought a quick succession of famous names, among them: Lily Langtry, Ivor Novello, George Bernard Shaw and Gertrude Lawrence. The outbreak of the First World War brought a darker time to the hotel and included the bombing of the Aldwych Theatre. In it's aftermath, times became lighter and music once again enlivened the hotel. The Tango was first introduced here and the 1920s saw the introduction of the Waldorf's trademark Tango Teas, which continue today. The Palm Court Orchestra was run by a Mr Mantovani, father of the now famous namesake. The Waldorfians made hundreds of records and their name was in lights outside the hotel until war again came in 1939. The ensuing years saw the hotel struggle to regain its past glory and it took the intervention of Charles Forte, in 1958, to see matters turn once again. Forte had made his name as a caterer and passionately wanted to enter the hotel business. Having raised the necessary £600,000 his dream began, swiftly building an empire of some 800 hotels worldwide. In 1992, the hotel was closed for 9 months and a major refurbishment took place, including the redecoration of every bedroom and the installation of air-conditioning. In 1995, the Waldorf became Le Meridien Waldorf, still within the Forte organization, and was awarded 5 Star status. Today many stars and celebrities still visit it, even the Spice Girls chose it to celebrate the opening of their movie.

Le Meridien Waldorf Hotel is in one of London's most envied locations bridging the City with the West End. The City is London's business district and just a short ride away by taxi, bus or tube. Right on the doorstep is Covent Garden, London's village of culture, boutiques and a delightful selection of restaurants and Bars.

The famous trio of Shopping Streets Bond, Regent and Oxford are but a short taxi ride away - 10-15 minutes. Adjacent to the Hotel is Covent Garden, historically famous as a market, now houses under its original canopy some delightful Boutiques and famous named Shops. Here you have the pleasure of Shopping with no traffic and the added bonus of traditional street entertainers such as magicians, jugglers and mime artistes.

If you choose to explore on your own we can help advise on how best to organize yourself. With the River Thames just 5 minutes walk away, there are countless historical and latter day places of interest to be found along its banks. We can also arrange Tickets for Tours of the City and beyond.

* Please note the Hotel is currently undergoing refurbishment and the Restaurant & Bar have been relocated.

The Aldwych Brasserie has 60 seats and is an informal Restaurant serving Lunch, Afternoon Tea, light Snacks and Dinner. The menu style is modern British, offered with a selection of both new & old world wines, served in a relaxing environment by our international staff team. The Aldwych Brasserie operates Monday to Friday from 11:00 - 22:30

The Club Bar is located adjacent to Reception and is resembling of a Gentleman's Club with listed oak panelling, open fireplaces, oil paintings and Chesterfield furniture. It is a welcome respite from the outside world and offers an international range of cocktails, fine wines, proprietary brands & cigars until the early hours for all resident guests.

The Hotel consists of 292 Air-conditioned Rooms and Suites, furnished exquisitely in their own distinctive Edwardian style. There are eight different styles of interior design, including a striking black and white collection, each room has its own individually designed chandelier and original antique furniture. A feature of each Bedroom is a spacious en-suite Bathroom finished in marble.

All Rooms preserve the original sense of space and ease, dependant on your personal requirements there is a selection of Standard, Deluxe, Mini-Suite and One Bedroom Suites.