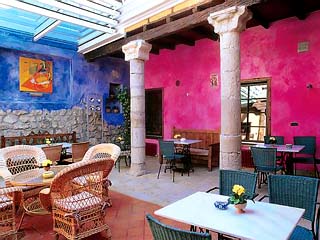 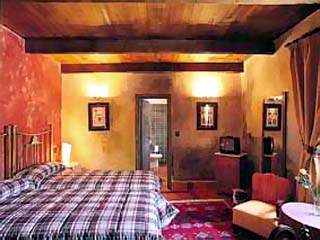 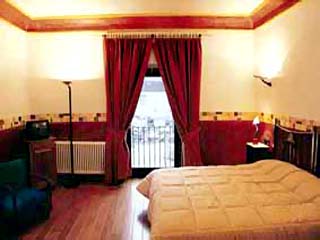 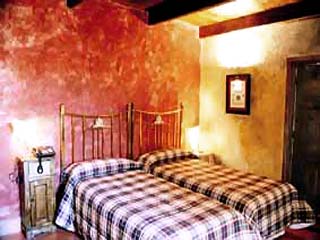 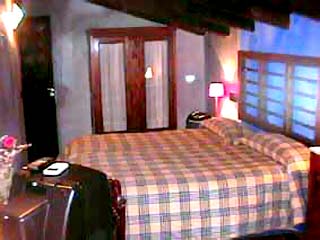 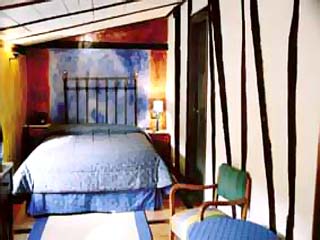 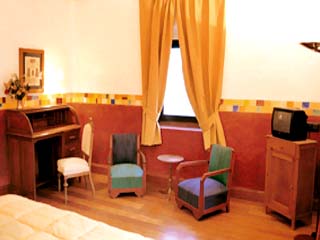 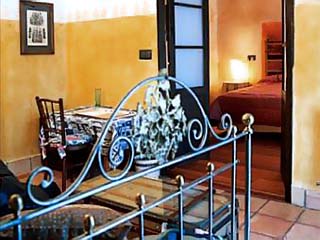 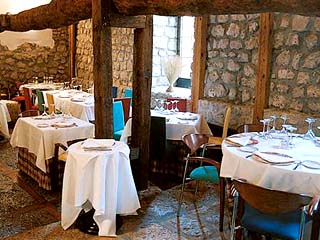 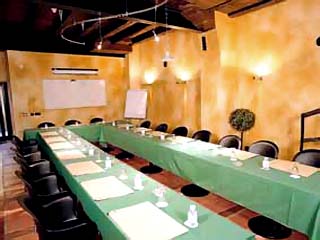 A 17th century building that was originally established as the residence of the Abbot of the Abbey of St. Miguel of Ampudia. It was acquired by Don Diego Garcia de Tovar, Notary of Madrid and later of Ampudia. He was a brother of the Chantre of the Abbey, Don Francisco García de Tovar. At the end of the 18th century he bequeathed it to his family as part of his legacy and it has passed from generation to generation to its present owners, the García Puertas brothers, whose father Don Jesús García Simon impeded its deterioration by maintaining it to an acceptable standard of preservation for many years.

It is a two-storey building with the main entrance facing the principle square and various patios leading onto a secondary street.

Even though there have been various modifications to the building through the years, the materials used in its construction are typical of the region, the stone at the doorstep and the archway at the entrance, large adobe walls, wooden platforms and beams. The wrought iron balconies as well as a lot of the interior doors are the originals from the 17th century.

Due to a Protection Order listed in the Catalogo de Bienes Protegidos of the town of Ampudia, the building has retained its original entity, whilst being completely refurbished. The integration of an atmosphere of the old with the modern and the latest technology that is expected of a present day 4 star hotel has been made possible by one of the four brothers, the architect, Angel Garcia Puertas.

The introduction of the old joinery as a complementary annex to the main house, using its main room as the Boardroom, while keeping the carpenters original machinery and utensils, is just one of the details perfectly structured by the architect. Very near Palencia, Ampudia is a vision - an image of silhouettes. The well-aligned wooden porticos along the streets give a perspective illusion of the "Colegiata de San Miguel" and the castle, whose prominence encircles the village like a spectacular amphitheatre.

The Hotel La Casa Del Abad De Ampudia is situated half an hour from Palencia and Valladolid, and two and a quarter hours from Madrid, the Hotel can be found in a quite privileged place, where hospitality, and tranquillity will make your stay most agreeable while ensuring a successful Business Meeting for your company.

Built in the wine cellar and wine presses of the old residence of the Abbot of the Colegiata of San Miguel de Ampudia, the Hotel offers a magnificent Restaurant. Its spectacular decoration, the mixture of design elements of a building of the XVII century, and cosy atmosphere, together with excellent service makes it an ideal place to enjoy some exquisite cuisine, created by our Team Chef. His particular mixture of flavours and textures using as a base the products of the region, vegetables, game, spring lamb, mocilla, as well as fresh fish and various rice dishes create some amazing surprises. It is well worth mentioning the choice of original desserts, pastries and the selection of infusions. In the Wine Cellar, apart from an extensive selection of the best local wines of the region, the famous Ribera de Duero and Rueda, and at the moment Cigales and Toro, there is a good selection of the better known Spanish wines, such as Rioja, Priorato, Penedés, Somontano, Albariño including some from Lanzarote.

The Hotel has 17 Bedrooms & Suites totally equipped with functional installations, and modern equipment especially the ISDN line that facilitates connections to the Internet from the Bedrooms.

There are 11 Double Bedrooms & 6 Suites.

Junior Suite Double for Single Use