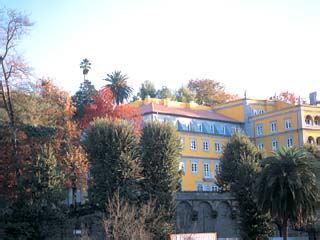 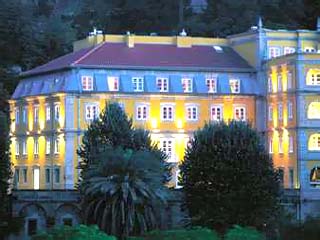 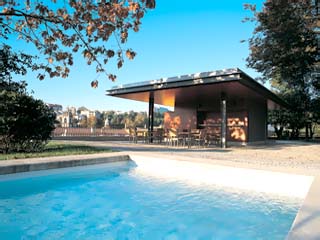 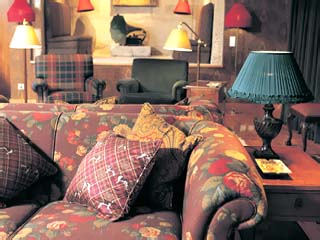 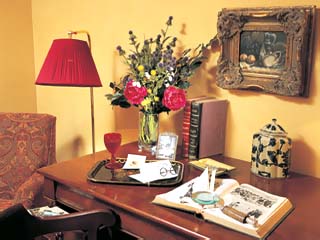 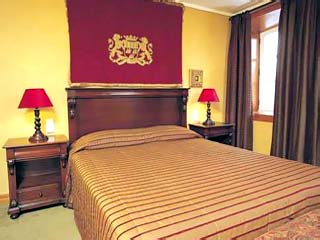 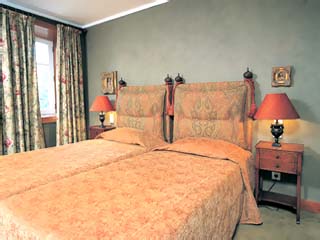 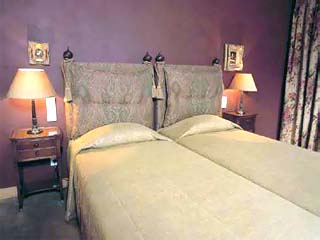 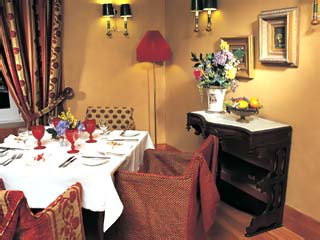 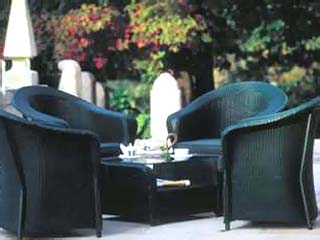 Owning to a careful and precise renovation, Casa da Calcada is today a charming Hotel that invites travelling in time, in an extremely comfortable and unique environment. Charm and classicism are obviously present in an wonderful decoration where colours created comfort, where textiles tuck you in and where every ornamental detail tells a piece of history.

The Casa da Calcada was built during the XVI century to became one of the Palaces for the Count of Redondo. During the French invasions, the house had a major role on the defence of both, Amarante city and the main road to Porto, being the main headquarters for the allied commanders (Portuguese and British).  During the battle and on its third day, the house was destroyed by a fire. After these events, in 1817, the estate was bought by the Pereira do Lago family and then rebuilt.

After being bought by "Mota & Companhia", the property was fully rehabilitated in 2001 and is now a landmark amidst the Portuguese hospitality treasures.

After a thorough study by a team of architects, the original baroque-style with some neo-classical elements, has been preserved. The decoration, following the romantic style, is transmitted through the furniture, textiles and exquisite details, the ambience of a family home, where guests return to the past and enjoy the tranquillity and cosiness of the several innermost places at their disposal. For the above mentioned reasons, facts and its history, the Casa da Caicada has been declared a building of Architectonic, Historical and Cultural relevant value by the Portuguese Government.

Located on the historical heart of Amarante, facing Sao, The Casa da Calcada stands only one hour from the Douro Valley, a World Heritage area declared by UNESCO and known worldwide for its Port wine vineyards, where guests can board a cruise, while enjoying the dramatic sights of the river, visiting the Port wine farms and several historical sites and monuments.

Guests can easily access the Casa da Caicada, from the A4 highway, when coming from Porto International Airport (60 km), or from the A1 highway and then connecting with the A4, starting the trip in Lisbon (380 km). Leaving the highway at Amarante East exit and turning right, following the sign Amarante city centre, the traveller will find, less than 200m further, on the left, signs indicating the way to the property. Signs on the highway are not permitted by Portuguese law.

The Hotel's gastronomy is based on Portuguese regional cuisine and is already considered a reference point in Portugal, not only for its Mediterranean flavours, but also for the creativity of the Chef. Offering guests the Lago do Paco Restaurant and the Tamega's Bar.

Although the 30 Rooms are all unique and original, they do not differ in comfort and quality. Nothing was misplaced, from the Bed to the Dressing Room, from the Bathroom to the climate and sound environment. In early times Casa da Calcada was honoured with the visits of nobles and important celebrities of the 1st Republic. Nowadays, it offers a Presidential Suite and three extensive Suites.