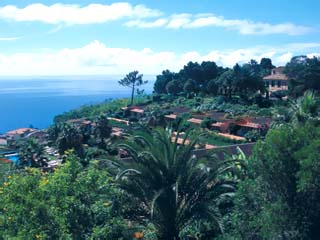 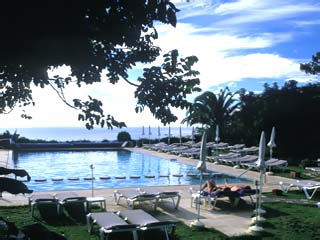 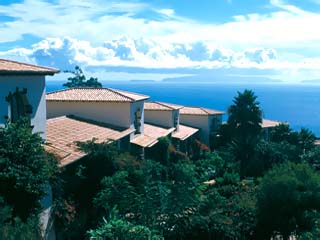 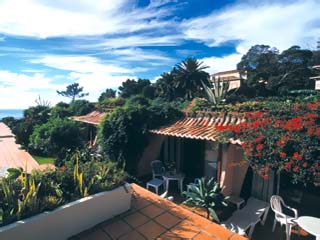 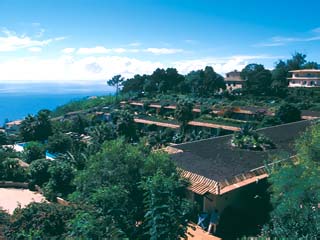 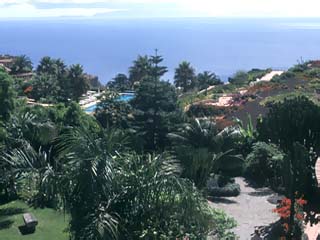 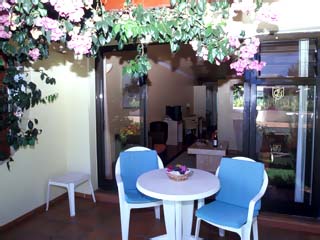 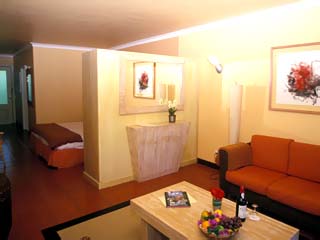 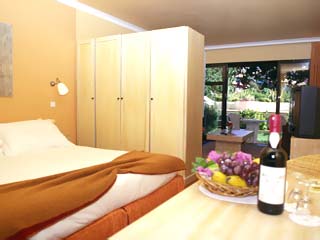 The Quinta Splendida Botanical Garden & Spa is an extraordinary example of architectural beauty, the interior,  modern, yet elegant, is rich in antiques and paintings.

The Village of Canici is situated on the boundary between the two old districts of Funchal and Machino. In the old times thre used to be churches on both sides, each with its own saint. When the buildings had to be replaced due to old age and disrepair, it was decided to simply built one new church in the middle of Canico. That is why the Canico church has two saints; St Antao and St Antonio. It is said that the first sugar mill on the island was situated in Canico and its water was supplied by the Levada of Azenha. Madeira had about 150 sugar mills. Nowadays only two are in use in Porto da Cruz and in Campanario. they produce sugar for sugar cane brandy, an important ingredient for the famous Poncha. Another  part of the was the wine production. The  manor House was built in 18th century , the exact date is not known. It is said to have been the property of the Jesuites. Above the doors bishop's hats were painted and one side of the House -still vissible today- was decorated with a star, hence the old name of the property Quinta Estrela.

Around 1868 the Qinta Estrela was bought by Fortunato Joaquim  Figueira, Baron of  Conceicao, who fought for the King against the Miguelinistas and having received land in the Americas, made his fortune made his fortune in the winw trade. He extended the House and started plantation of the Botanical Garden. Quinta Estrela was sold to Dr Alberto Figueira Jardim and subsequently had several owners who neglected the property. In 1988 the present owner a Swiss financier discovered the grounds and the House.  He fell in love with the place and bought it in order to fulfil his vision of a very special Hotel.

The agricultural grounds-the Resort has 25.000 sqm-were cleared and the Manor House completely restored. Now the building houses five double Rooms and the Gourmet Restaurant La Perla on the ground floor. On the agricultural part the Studios and Apartments were constructed in low buildings, grouped around a spacious Pool. Then everything was surrounded with an abundance of flowers, palm trees and other plants. In September 1993 the Resort was officially opened under the new name. Many sides also the Tourism Minister of Madeira Joao Carlos Abreu, praised the Resort as one the most beautiful Hotels in Madeira and it received the Golden Estrelicia from the government of Madeira at the opening. Well-known personalities have visited the Hotel from its opening. This Hotel also provided the background for several television productions in Summer 1999, the Patio, a beautiful annexe of 28 Units with modern and gracious interior and garden or sea view, was opened for the guests and fans.

The Hotel is ideally located in Canico, not far from the airport and Funchal (daily mini-bus) surrounded by a beautiful botanical garden with subtropical trees and hundreds of different kinds of flowers which tempts the guests to take a walh and relax.

In the old manor House the guest is invited to the Gourmet Restaurant La Perla with an exquisite cuisine, which uses organically grown vegetables, herbs and salads from the gardens. The Restaurant Galeria  offers a generous breakfast buffet, Italian and Portuguese specialities, noodles, Pizza and fish as well as home-made cakes.

All the Apartments and Studios offer Kitchenette, Telephone, Satellite TV, Hairdryer, Rental Safes and Sea View. In the front of each Apartment the Guest will find a large balcony or a terrace with a little garden.

Studio for Single Use Sea View

Standard Studio for Single Use

Twin Room for Single Use