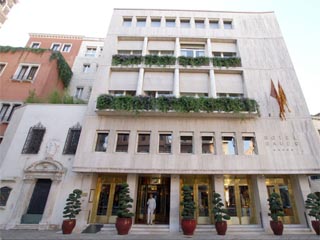 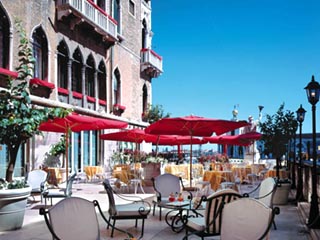 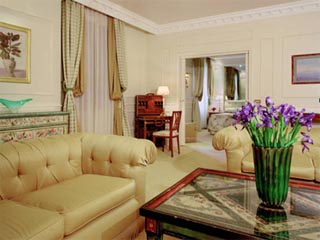 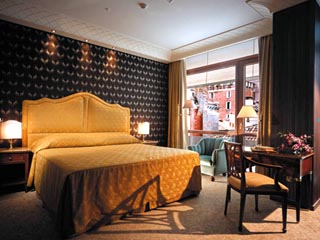 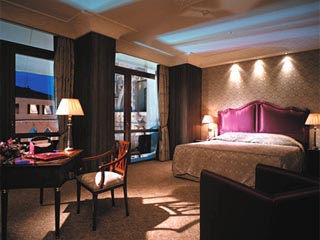 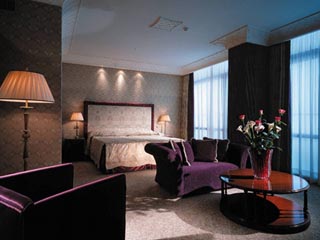 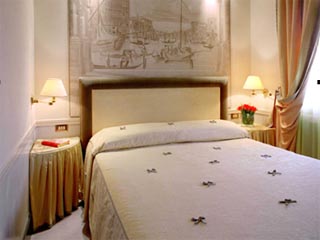 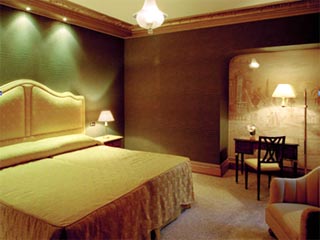 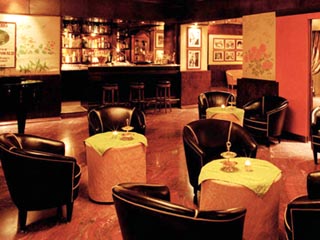 Hotel Bauer, located within sight of San Marco Square, with the unique breathtaking view of the lagoon, is run today like the most elegant, romantic private Venetian Palazzo. The well-known luxury and modern facilities are perfectly blended into an old-world atmosphere. Guests can feel the real Venetian atmosphere, surrounded by the quietness of the city, rocked by the serenades of the gondoliers and by the sight of the magnificent and captivating view of the Basin of San Marco, the Venetian lagoon and the city.

The Bauer is the only grand hotel in Venice since 1880, known as "Grand Hotel d'Italie Bauer Grünwald", outcome of a happy marriage between Mr Julius Grünwald and Mr Bauer's daughter, described in the Sylvus guide as "a first-class hotel with more than 200 rooms, drawing-rooms, and apartments at the most beautiful location in Venice". Throughout the years, the hotel has been the favourite destination of the International and Financial Jet Set, Prime Ministers, Royal Families and famous stars of the artistic world who chose the Bauer for its warm hospitality, efficient and personalised service.

A substantial refurbishing, started in winter 1997 under the guidance of the heir of the new generation with an investment of over US$ 38.000.000 has been completed in autumn 1999. The Bauer has opened all its doors: the Bauer Hotel with 102 deluxe rooms, 19 suites and junior suites and "Il Palazzo at the Bauer", the VIP historical wing with its 35 palatial rooms and 40 unique luxurious suites and junior suites, each of them individually furnished and decorated, most with large terraces and balconies from where clients can feel the real Venetian atmosphere, surrounded by the quietness of the city, rocked by the serenades of the gondoliers and by the sight of the magnificent and captivating view of the Basin of San Marco, the Venetian lagoon and the city.

Since first opening its doors in 1880, the Bauer has set the standard for hospitality in Venice. Known for years as the Bauer-Grünwald, the original hotel was a partnership between Mr. Bauer, the experienced and respected director of Venice's Hotel de la Ville, and an enterprising young Austrian newly arrived in Venice by the name of Julius Grünwald. Marriage between young Grünwald and Mr. Bauer's daughter, firmly cemented the two men's partnership and established a BAUER tradition of family management that continues right down to the present day.

After Grünwald's death, his heirs continued to run the hotel until selling the Bauer in 1930 to Arnaldo Bennati, a successful Ligurian shipbuilder with a keen nose for real estate and a passion for the hospitality industry. The Bennati family still owns and runs the Bauer today. Arnaldo Bennati closed the Bauer for almost the entire decade of the '40s and undertook the first extensive renovation of the hotel.

This included a careful ground-up restoration of the 18th century "palazzo" on the Grand Canal, to which an original 17th century facade, in gothic-byzantine style, was added, and the construction of a completely new wing on the Campo San Moisè designed in the architectural style of the day. Among the highlights of this renovation were the addition of the 7th floor terrace, "Settimo Cielo", still the highest outdoor terrace in Venice, as well as the introduction of the central heat and air conditioning, amenities that were exceptional for those years. When the Bauer reopened in 1949, it was the most up-to date hotel in Venice.

Today, the BAUER is run by a third generation of the Bennati family. In 1997 Francesca Bortolotto Possati, granddaughter of Arnaldo Bennati, became Chairman and CEO of the hotel. She is the only executive-level female hotelier in Venice and she has approached her role with a confidence and sureness of instinct that is deeply rooted in her lifelong love for the BAUER. In the spirit of her grandfather, her first act at the helm was to undertake a massive 38 million dollar, two-year renovation of the hotel, which encompassed everything from engineering and systems to dècor and furnishings.

Completed in late 1999, the BAUER has been reconceived as a property with two unique personalities: the Bauer Hotel a deluxe, five-star hotel in the modern wing, and "Il Palazzo" at the Bauer, an opulent boutique hotel in the 18th -century palazzo. The renovation has seamlessly wed state-of-the-art technology to the traditional artisan craftsmanship for which Venice is world-renowned. While embracing the spirit and romance of its Old World past, the BAUER is ready to serve its guests far into the new century.

Hotel Bauer is located in the heart of the historical Venice, 5 minutes walking distance from San Marco Square, overlooking the Grand Canal. The closest point to the hotel reachable by car (and the only one in Venice where you can drive) is Piazzale Roma. From Piazzale Roma (car parking) or the railway station Santa Lucia to the hotel.

From Piazzale Roma (car parking) or the railway station Santa Lucia to the hotel:

From the Venice airport Marco Polo:

From the pier San Basilio:

"Bar Canale"is an elegant and cosy bar with a terrace overlooking the Grand Canal and the Chiesa della Salute. Evening live music during the summer months.

"B-Bar" is an intimate Lounge bar for cocktails and small snacks, with live music. Open during the winter months.

The Hotel Bauer, located in the new section of the hotel, built between 1942 and 1949, proposes 96 spacious and luxurious guest rooms and 21 suites, appointed in a classic XX century' style with lots of Venetian accents, where you can feel the real Venetian atmosphere. The main entrance is located on Campo San Moise, close to the small lateral canal surrounded by gondoliers during the day and the evening in summer time. All the rooms and suites are equipped with king or twin size bed, Italians marble bathroom, hairdryer, minibar, individual controlled air-conditioned, international direct-dial telephone, satellite TV, PC outlet and walk-in closet.

These 50 completely renovated rooms, overlooking the small side canal, Rio San Moisè, or with panoramic view of the city, are large about 30 mq. and some with balcony or terrace available on request.

These 46 spacious and confortable double rooms, some overlooking the interior courtyard, some others overlooking Rio San Moisè or Campo San Moise are just perfect to forget the stress of a long journey.

Located in the renovated modern wing of the Hotel and some overlooking the private small courtyard, others with view on the side small canal or on Campo San Moise, these 17 luxurious suites are large about 50mq, and feature some with 2 Italian marble bathrooms (Bathtub and Shower), walk-in closet, private fax, electric fireplace in the sitting room, special fabrics designed by Rubelli, original Murano Glass Chandeliers, European Classic Style and tromp-oeil dream.

Overlooking Campo San Moisè or the small side canal, Rio San Moisè, these 4 suites are equipped with modern furniture and PC outlet. Some have private terrace or balcony available on request.