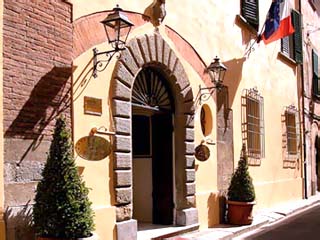 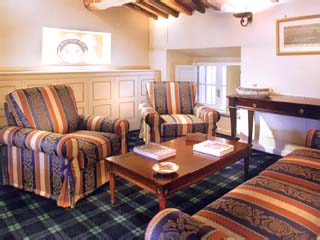 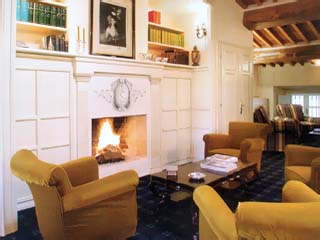 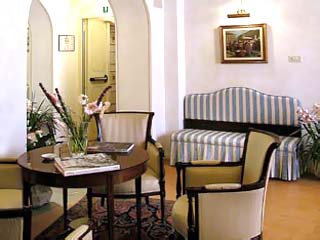 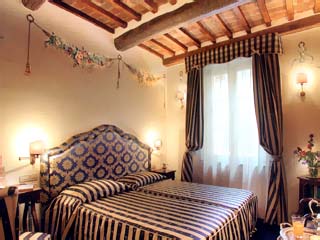 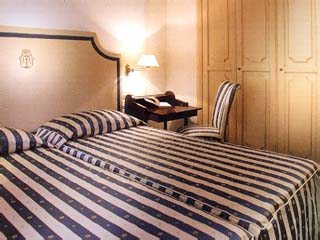 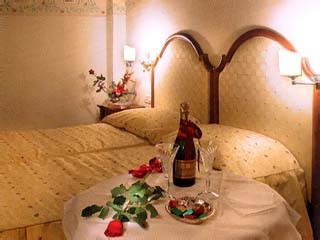 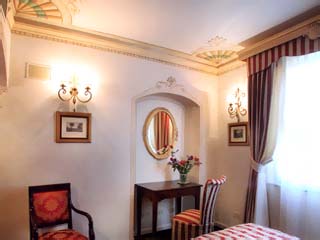 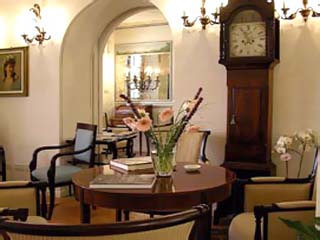 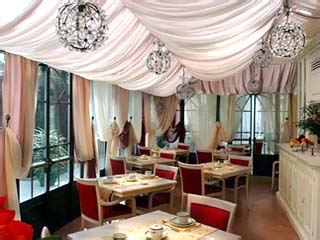 Under the attentive supervision of the Office of Monuments and Fine Arts, a team of architects has performed a painstaking and admirable restoration of the original fourteenth-century fortified Tower House structure. Now the prestigious and warm Relais dell' Orologio is a place of great prestige, where the management will ensure the welcome of the honoured guests in a manner worthy of the settings of a noble House; they will be at their complete ease in an unforgettable atmosphere which will induce them to return again and again.

The House tells its story:

Once upon a time... The first person to dwell within my walls and my fortified towers was a fearless captain warrior-condottiero. Over the centuries, I have witnessed historic events that have changed the rhythm of life in my city and the entire world. I recall the famous sentence from Dante’s XXXIII canto of the Inferno recounting the ill fated life of Count Ugolino who lived in another fortified tower not far from here: “La bocca sollevò dal fiero pasto...” Lifting his mouth from his horrendous meal...

I remember the architect Vasari, who in the 16th century, redesigned the ancient Piazza delle Sette Strade. He combined urban planning with art as only he knew how, he joined the fortified Torre del Conte to the adjoining house and created an arch which covers the road beneath. I have been named after the clock, which has marked the passing of time ever since Vasari set it over the arch.

Vasari also decorated the old civic building with monochrome engravings and called it: Il Palazzo della Carovana and since the nineteenth century has been the See of the Scuola Normale Superiore, recognised all over the world as one of the most prestigious institutions of higher education. Thus was born Piazza dei Cavalieri, a square of rare charm which, even today, rivals in beauty the nearby and best known Piazza dei Miracoli. Thousands of students have come and gone through our University, some of them have helped to shape the history, progress and the civilisation of mankind. Amongst the many, I recall with particular affection a tender, frail boy, who I used to see from a window opposite to mine; he was always writing wrapped in shawl. One day, as he passed by, I glanced amongst his many papers, a sheet which had been corrected in his minute handwriting. They were the verses destined for immortality: “Silvia rimembri ancora quel tempo della tua vita mortale...” (Silvia do you still remember the time when you were alive...). From a plaque which is now placed under that window I know that he was the famous poet Giacomo Leopardi.

I am ready to give hospitality in my beautiful rooms to many visitors and I shall be able, at long last, able to tell this and many other stories to the many new friends who will come and enjoy my house.

The Relais dell' Orologio is centrally situated just a stones throw from the most beautiful squares in Pisa: Piazza dei Miracoli and Piazza dei Cavalieri in the heart of the university campus.

A relaxing atmosphere only one hundred meters away from the Tower of Pisa in the heart of this university city. A prestigious and warm residence with twenty-one rooms all with refined and personalized furniture, two suites and two junior suites. The rooms all maintain elements of the original home.

All the rooms have satellite TV, telephone, heating, air conditioning and mini bar. The bathrooms have a shower stall or tub with shower and some rooms even have a jacuzzi. A small Spa-pool and a quiet tunning area are located in the garden.

Double Room for Single Use