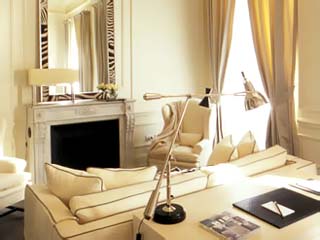 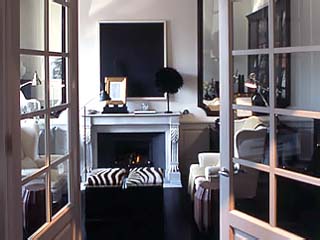 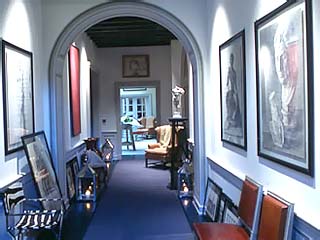 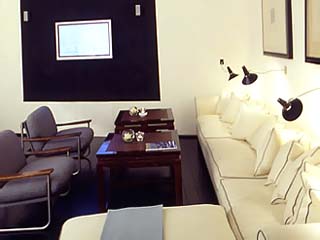 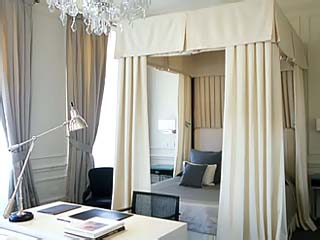 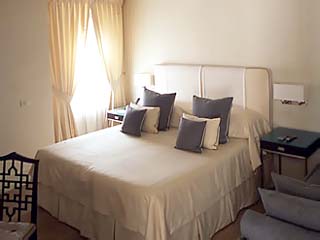 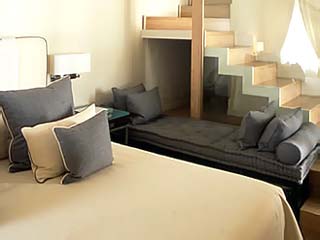 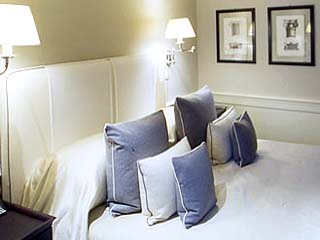 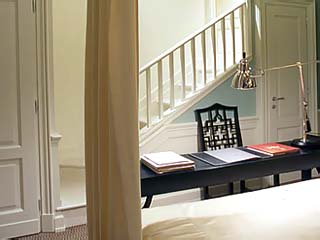 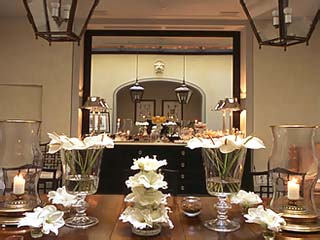 The environment becomes a museum of the soul, an archive of its experiences; it rereads its own history, it is perpetually conscious of itself; the atmosphere is its resonating chamber, the only place where its strings can express their true resonance.

These are the words of Mario Praz, nostalgic singer from a Europe which perhaps no longer exists, a singer of suffused rhythms from a civilization which has in some way disappeared. Environment here means protected space, suspended from the chaotic flow of time, a refuge by choice, a happy landing.

In the heart of downtown Florence, in Piazza Santa Maria Novella, just a few steps from the Renaissance church bearing the same name, one of these rare, extraordinary islands in the sea of life can be found.

JK Place, an absolutely special Hotel experience, is hidden away behind a charming door. An elegant habitat that joins atmosphere with scents from the past while at the same time offering precise and decidedly contemporary comfort, JK Place follows a philosophy of hospitality that is truly different, tracing a peculiar microcosm, far from overused clichés and evening routes.

A small, precious Hotel that protests its uniqueness, as far from the opulent, useless historical recreations as it is from the de rigueur, one way penitence of a sterile and excessive minimalism. A new, impassioned, maxi-minimal frontier, a dedication to quality above all else, the recovery of ancestral cultural roots, unpredictable suggestions, new aesthetic channels, personalized comfort with the highest of standards.

Demiurge of the radical architectural remodelling of the laborious recovery of an important texture of signs and memories and of the admirable intervention of interior design; architect Michael Bonan, a young, Florentine professional, well-known on an international level and director of many extraordinary Hotel projects, has given life to a sophisticated and timeless play on the classic. JK does not, in fact, seem to be a Hotel.

Buried in a comfortable bergère in the Lounge where differing stylistic philosophies join together harmoniously, a Charles X fireplace and objects from the 1970's, a large neoclassical bookcase, animalier armchairs, 1950's lamps, a rigorous play on black and white, the pale-coloured, wooden caisson ornamented with delicate grotesque figures was saved on the upper floors - thoughts run to Albany, legendary London residence and to one of its most famous inhabitants David Hicks, society decorator par excellence during the 1960's and 1970's and irreproachable experimenter. But the surprises do not end here, the Reception is in a splendid library of geometrical black woodwork, again masculine in tone, engrossing, perhaps inspired by the 16th century Long Gallery of Ham House, an aristocratic British country residence.

Breakfast may be eaten in what was once the internal Courtyard of the original building, now covered with a glass structure that shows off the clear form and structure of the ancient works.

In the heart of downtown Florence, in Piazza Santa Maria Novella, just a few steps from the Renaissance church bearing the same name.

There are only 20 Rooms in this intimate environment.

Master Room For Single Use

Penthouse Suite For Single Use

Junior Suite For Single Use

Deluxe Double Room For Single Use

Superior Double Room For Single Use

J.K. Classic Room For Single Use