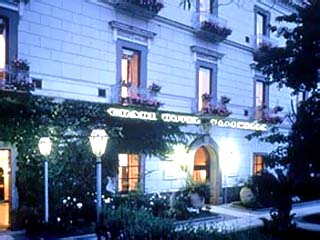 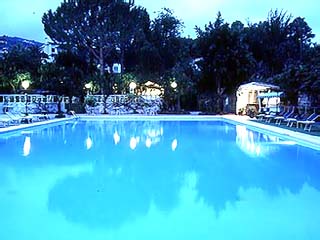 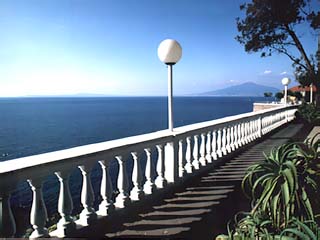 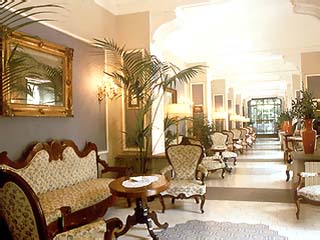 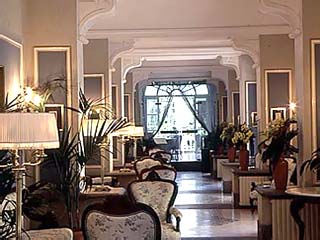 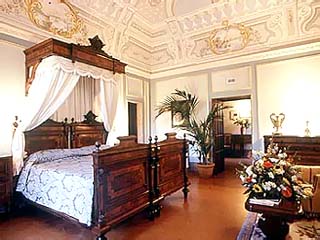 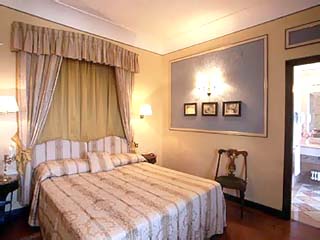 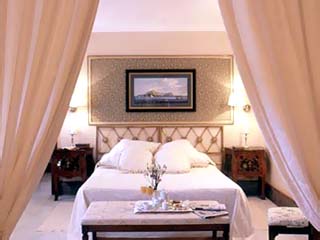 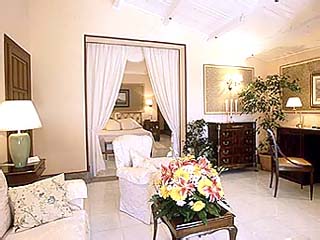 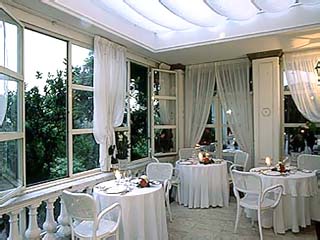 Once upon a time an enhanced garden on the Sorrentine Peninsula hid an ancient secret: the gift of the Nymph Colomeide - to whom the gods had entrusted the care of the garden, to all those who had crossed the threshold of that magical place and who had known how to find - The Silence. That precious gift is still there: it is in the soul of the Grand Hotel Cocumella.

In 1597, the pious and generous Gianvincenzo De Angelis donated to the Neapolitan Jesuits, seventeen moggi -one moggio is equivalent to a third of hectare, of fertile land, orchards and citrus groves all sloping towards the sea of Sorrento. Only in 1637, was the Sorrentine residence of the Jesuites inaugurated. It was intended as a rest place and, on the donor's request, a school of Latin Grammar. They called it Cocumella.

The learned Father Nicola Partenio Giannattasio - who, between the sixteen and seventeen hundreds pursued encyclopedic studies, composed poems and erected the Chapel in honour of the Virgin Mary - maintained that the name came from Coccuma the terracotta vase used in the region to hold water. As confirmation, the famous stone well used to take water from the underling cistern, dates back to the Roman era, rests where it originally was three and a half centuries ago - at the centre of the luminous cloister.

In 1730, the residence was suspended and only the Latin School remained. The Jesuits were expelled from the Kingdom of Naples in 1767 and the complex was handed over the Crown, which, in 1771, established the first Sorrentine sailing school.

In 1789, in exchange for 10,800 ducats, Pietro Antonio Gargiulo took over the building and its appurtenances. Descendants of Gargiulo founded the Hotel in 1822, making it the oldest building for rest and amusement on the Sorrentine Peninsula.

The Grand Hotel Cocumella is situated in a centuries-old park, which spread out as far as the sea. An island of peace, a kilometre away from the centre of Sorrento.

The Cloister: The old Cloister, the heart of the convent, is now used for exclusive Wedding Receptions and Gala Dinners.

The Citrus Orchard: In summer you can enjoy a delicious, but informal Lunch in the shade of the orange trees around the Swimming Pool.

Leading off from the corridors decorated with the statues and terracotta vases are 35 Bedrooms and 18 Suites, each with its individual furnishing and character. In some you will find Beds beautifully inlaid with wood in the typical Sorrentine style and eighteenth-century varnished consoles. In others, old chests of drawers made of walnut, marble chimneys, frescoed vaults and original majolica’s revive the old atmosphere.

Double Room For Single Use