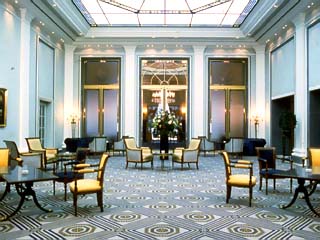 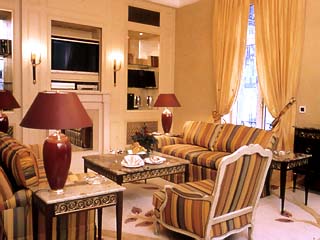 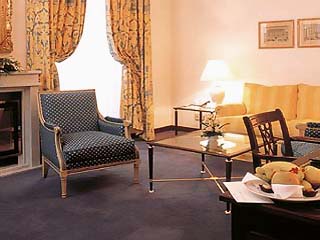 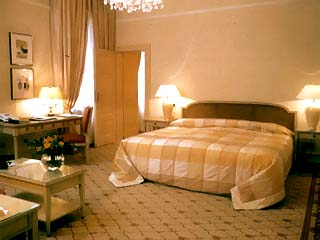 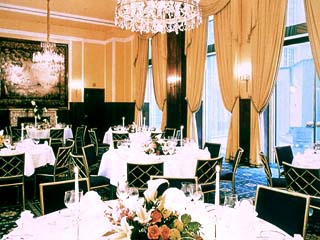 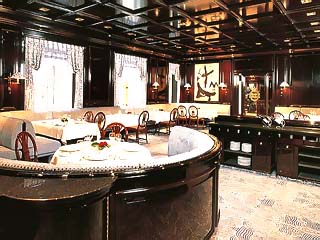 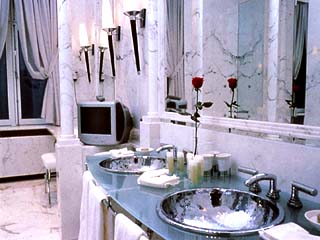 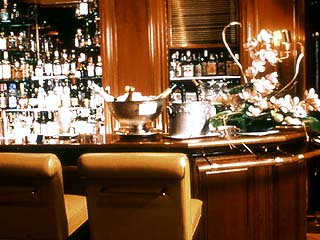 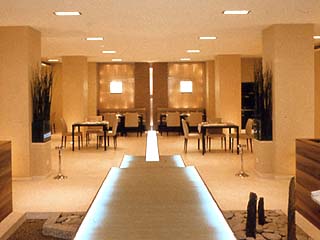 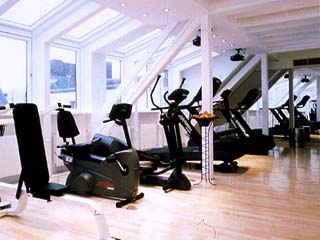 The Excelsior Hotel Ernst has always had a special talent for combining tradition with the future. For this reason we are now online, offering you exactly the exceptional kind of service you have come to expect from our establishment.

A member of The Leading Hotels of the World.

The German Gourmet magazine "Der Feinschmecker" has chosen the Excelsior Hotel Ernst as the 'Hotel of the year 2002' in its current edition.

"Der Feinschmecker" quotes: There are reasons enough to celebrate this hotel which has been the leading Grand-Hotel of the Rhine region. Already the front promises distinguished luxury. Inside stylish tradition prevails, continuously evolving over generations to meet the life-style of present times. Cultivated hospitality in detail - this is the niche that director Manfred Brennfleck, successfully maintains. The rooms and suites are embellished with antiques; the furnishings correspond to utmost splendour with luxurious baths and most modern technical equipment. Exemplary service is here a matter of course. As cultivated and relaxed each guest may perceive the atmosphere in the hotel, its interior is being intensively and restlessly changed. There is the small fine Wellness area somewhat since the end of September 2002. The platform of success however was reached due to its gastronomy: Not only has the Gourmet restaurant "Hanse Stube" experienced a creative touch to its interior design; the new and beautiful Asian restaurant "Taku" wonderfully promotes the competition within its own environment.

Hotelier of the Year: He is one of the most intriguing personalities of the German Hotellerie: Manfred Brennfleck, managing director of the Cologne 5 star hotel, Excelsior Ernst, and board member of the Excelsior Hotel Ernst AG. The ambitious Hotelier took over the 136 year-old, tradition-oriented establishment in 1995 and quickly turned an aging beauty into one of the top hotel addresses in Germany."

Our latest award: Manfred Brennfleck, Managing Director of the Excelsior Hotel Ernst received the honour of the "Hotel Manager of the year 2002" ("... he manages to maintain the great traditional class in his 5* luxury hotel, to offer exceptionally friendly service and to lead culinary ambitions on the height to success...") by the famous gastronomic- and hotel directory "Gault Millau".

At the end of last year, a letter from the USA arrived with the announcement that the highest award will be given to the Excelsior Hotel Ernst in spring 2002:

“The Academy is pleased to inform you that the Excelsior Hotel Ernst has been chosen to be the recipient of our coveted and prestigious Five Star Diamond Award.

It gives us a great pleasure to honor you and your entire staff at Excelsior Hotel Ernst for their exceptional efforts in enhancing the overall quality of commitment to hospitality, service and gastronomy.

We are proud to recognize the dedication of excellence consistently maintained by your fine restaurant. These outstanding accomplishments enhance the representation of our hospitality industry worldwide.

The American Academy of Hospitality Sciences once again commends Excelsior Hotel Ernst as being a most extraordinary establishment in every aspect of your operation.”

"Food and drink keep body and soul together." The Gourmetrestaurant, Hanse Stube, offers its guests international cuisine, which is presented in a trend-conscious, but classically elegant, manner.

The Hanse Stube was, and is, the meeting place for connoisseurs due to our ongoing commitment to excellence concerning food, service and beverage. Meals at the renowned Hanse Stube are a treat for the most discerning gourmet, offering exquisite culinary delights. As Oskar Wilde once said, "I can resist anything, just not temptation."

Our Piano Bar offers the ideal setting for a most comfortable close to a successful day. For a cocktail, in an elegant atmosphere after a visit to the Philharmonic Hall or simply indulge in a lovely evening with a nice aperitif just before dinner at our Hanse Stube. To close a felicitous day with live music - Monday - Saturday, from 18:30 until 01:00 in our Piano Bar. Our Piano Bar stays open from 10:00 until 01:00. We are pleased to serve you Dom Perignon and Moët Chandon Vintage champagne per glass

The Excelsior Hotel Ernst - since 1863 is the brand for ultimate luxury. Tradition and contemporary life styles are combined in 152 uniquely furnished Rooms and sumptuous Suites. Each Room is individually and luxuriously decorated, hence revealing the style and elegance which meet the high standards of a Deluxe 5 Star Hotel.

In each Room, you will find the following standard furnishings assuring you the utmost modern comfort:

There are 52 Single Rooms available, they come in three different categories: Standard, Superior and Deluxe.

There 69 Double Rooms in three categories: Standard, Superior and Deluxe

The Junior Suite: very comfortable and luxurious - furnished with antiques. One or two room Suites available.

Excelsior Suite: very luxurious and exclusive - furnished only with antiques. A Living Room with view of the cathedral, two warmly decorated Bedrooms, two Bathrooms, which are all in marble with Jacuzzi, Radio and TV.