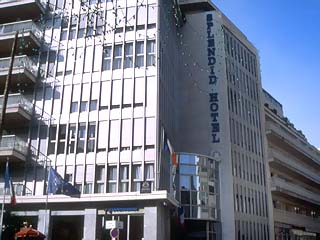 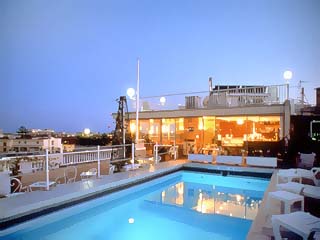 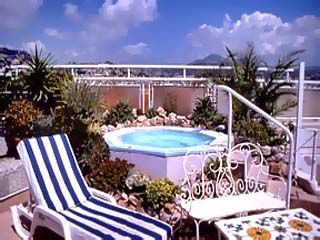 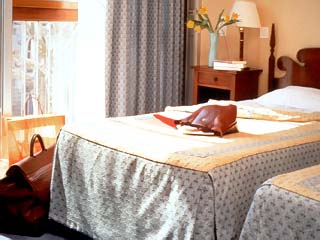 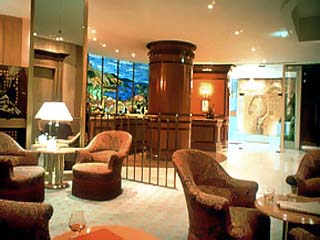 The Hotel Splendid is the ideal place for a relaxing stay in Nice.

The Hotels has a Swimming Pool with a view of the Bay of Nice, large terraces and a delightful Restaurant Chez Hugo to taste the spice of Mediterranean food.

The original Splendid Hotel Nice opened in 1883 for the winter season, mostly for british clients wishing to find a milder climate. It was part of the Hotels built in the "english district" of the Croix de Marbre near the sea where many Villas were built near the anglican and american churches.

Eugène Tschann - 1910: Amongst its first clients was the King of Wurtemberg whose armories were transformed into the Splendid's present logo and its proud motto "Splendid for ever". Eugène Tschann became manager in 1910, his son Henri followed in 1939. During the war the Hotel was occupied in 1942 by the Gestapo and then by the free french forces.

Henri Tschann: The elegant building did not meet modern criterias of comfort and was demolished in 1962 with the present building reopening in 1964 at that date one of the few modern french Hotels. In 1967 it became the first franchisee of the Sofitel chain..

Michel Tschann: The present manager, Michel Tschann, thus the 3rd generation, holds a doctorate in law from the Nice University, and a diploma from the Cornell Hotel school in Ithaca, NY. Since july 1999 it is no longer associated with Sofitel to preserve its unique character and tradition.

In city center the Splendid Hotel Nice has been managed for three generations by the same family..Located on a quiet residential avenue in central Nice, close to the sea, shops and casino, the four star Hotel Splendid offers everything you could expect in comfort and elegance The sea, shopping area, old town and Massena museum are nearby.

The 128 Room Hotel enjoys wonderful panoramic views over the city and neighbouring mountains.