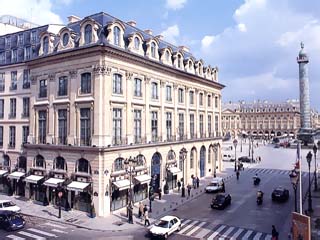 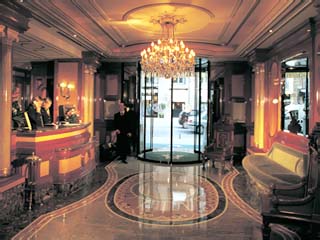 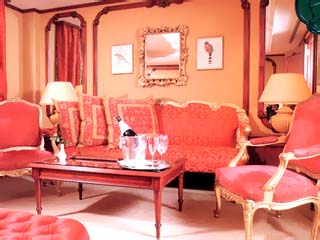 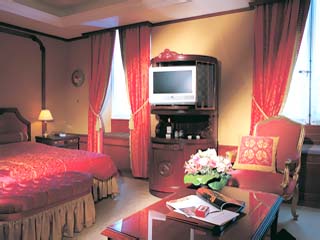 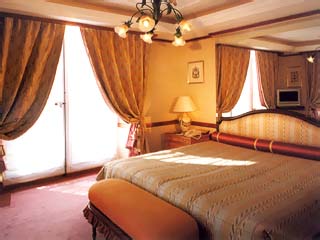 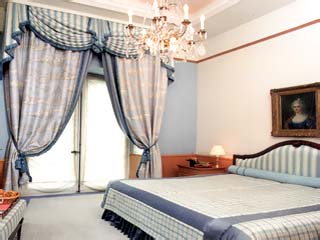 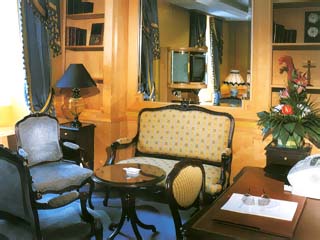 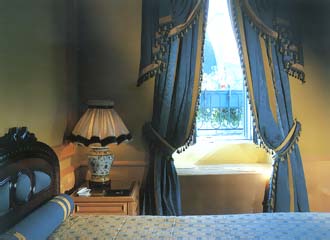 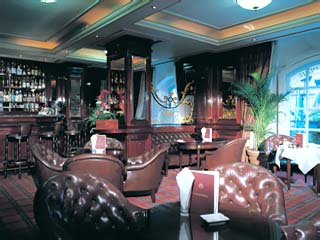 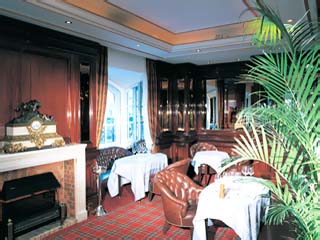 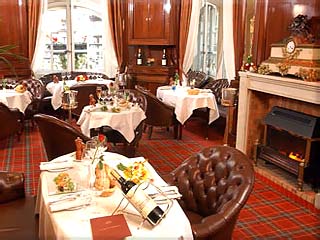 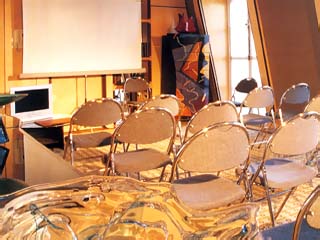 As soon as you enter the Hotel, there is a feeling of extreme refinement. One finds the indescribable charm of homes with history. Frescos, painting and objets d'art provide an exceptional tone.

The whole of the reception team is day and night at the dispoasal customers during there visit. As well as offering personnal attention, they are happy to make reservations and help and advice about the best restaurant, shows and sights noit to miss.

The Hotel de Vandome is a discreet and real jewel of a palace. The decor takes its inspiration from the richest periods of Frech decorative arts. Columns with Golden capitals, intricately inlaid marble on the floors, precious wooden desk; a luxurious yet intimate Front Desk.

Place Vendôme is undoubtedly one of the most beautiful architectural sites in Paris. It was built on the initiative of Louvois, chief steward of buildings under Louis XIV. Construction began in 1686 under the management of JH Mansart and Boffrand.

The square has an octagonal shape, open at the centre of its south and north sides. It was first called "Place des Conquêtes", then "Louis le Grand", from 1699 to the Revolution. From 1793 to 1799 it was known as the place "Des Piques". It finally became Place Vendôme, named after an ancient residence, except for 1871, when the Commune (Paris revolutionary government) named it "Place Internationale".

At the dawn of the third millennium, this square has not lost its attraction and prestige, housing the most famous names in jewellery. The Colonne Vendôme replaced the ancient equestrian statue of Louis XIV in 1806 (which dated from 1699). Napoleon had a 43-meter column built on an original white marble 10-meter pedestal, a pure imitation of the Trajane column in Rome, to honour the soldiers who won the battle of Austerlitz.

The Hotel de Vendôme was built in 1723 for Pierre Perrin, who was secretary to King louis XIV. From 1736, it changed several hands, from being the headquarters of the crown property department, to becoming the Embassy of the Republic of Texas from 1842 to 1843.

In 1858, the tone was set for the building, when it was converted into a Hôtel.

Encounter with History and Prestige.

Just like Versailles, place Vendôme bears witness to one of French history's most glorious periods: the reign of Louis XIV. The building at no. 1 gives the square its name, because it is the site of the ancient Vendôme family's residence. Three centuries of art, culture, and elegance make this a unique address in Paris. Hotel de Vendôme is a unique jewel, an image of the precious stones which surround it. The harmony of its shades, lights, marbles, and flowers provide the style of a beautiful residence.

The Hotel de Vandome is located at Number One on the prestigious Place Vendome.

In the heart of Paris, in a business district, studded with high fashion boutiques, jewellery and museums.

All the train stations are at the same distance from the Hotel, around 7 to 10 minutes by taxi.

The Hotel de Vendome is located near:

All the train stations are at the same distance from the Hotel, around 7 to 10 minutes by taxi.

Upstairs, the very British Bar de Vendome invites you to its cosy atmospher reminiscent of the other side of the Channeln the Bar, with subbued lights, Chesterfield armchairs, mahogany walls and furniture, is open for a pleasant breakfast, a five o'clock tea, a glass of champagne or a unique cocktail created by our chef barman., Chesterfield armchairs and prints.

Whether it's refined breakfast, a lunch of the evening, the bar Vendome team will welcome you with a smile. The Restaurant, available for private parties on request, is decorated with the same rich English decor as the Bar. Elaborated by Chef Frederic Fallope, the light menu emphasizes exotic spices, fresh herbs and delicate flavours. Gourmet breakfasts with a omelette and crispy bacon, freshly squeezed orange juice, coffee, exotic fruit salad and ham chiffonade, lunches and dinners can also be served in the guest rooms or suites by the omnipresent and attentive staff, who are eager to fulfil the guest's wishes. You can also enjoy a " jazzy" atmosphere at the beginning of evening and the presence of a pianist.

The Hotel de Vendome with his 18 Rooms and 11 Suites is a place where one can find an atmosphere of conviviality and relaxation.

Large open spaces, sophisticated curtains and drapes, original antique and period furniture, cosy spaces or comfortable Sitting Rooms, everything with sunny or unassuming colours, every Room and Suite has its own soul, character, and individual decor and colors which allow its guests to retire in elegance and confort. In the Bathrooms, magnificent mixtures of marbles imported from all over the world.