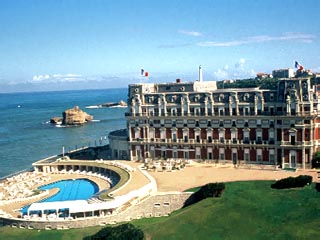 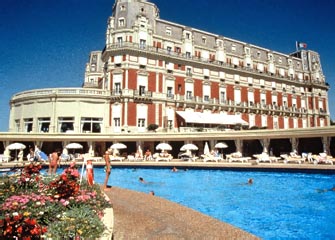 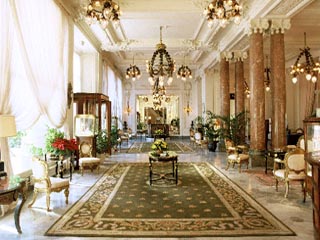 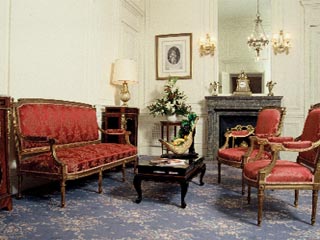 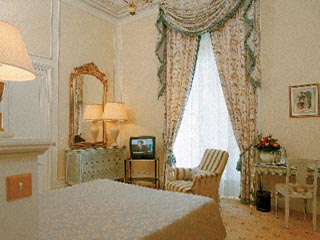 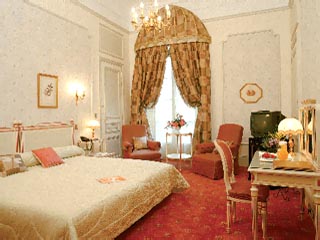 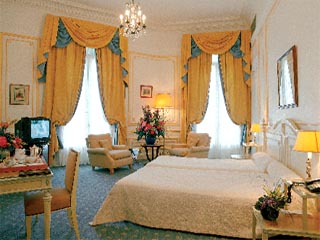 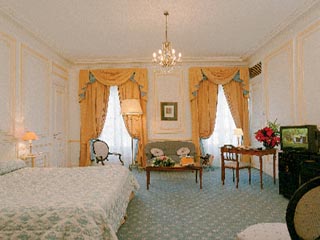 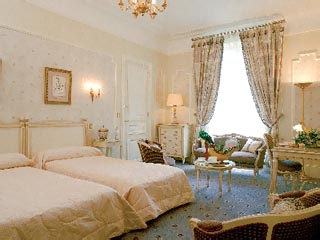 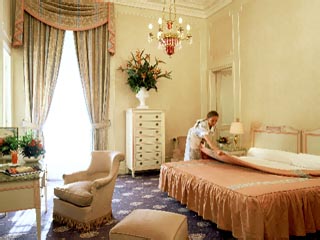 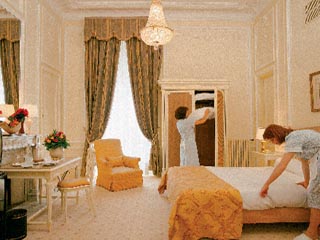 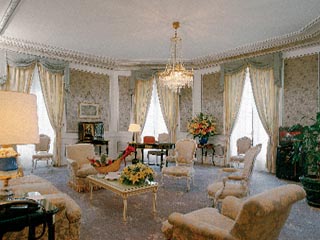 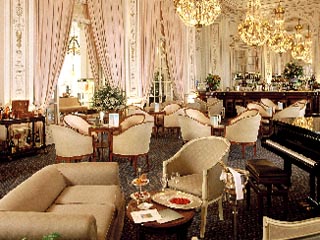 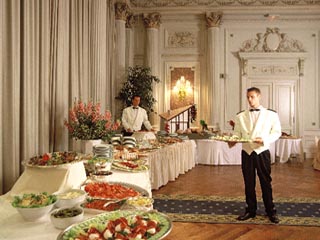 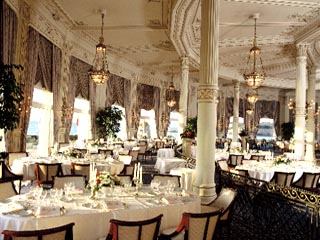 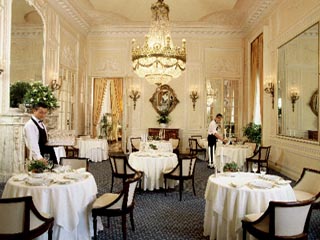 Lulled for over a century by the waves of the ocean the Hotel du Palais gives itself to its guests, like a long-held promise and an invitation to taste the sweet harmony of this region, where the gentle caress of time fades into the magic of the moment.

Refined in every way, the welcome in this Hotel consists of myriad thoughtful details. Loyal to the great tradition of an art de vivre nearly forgotten elsewhere, the Hotel du Palais combines luxury with the understated elegance of rare, privileged moments.

Its history, like that of all those who speak of happiness, has its frivolous, worldly, fleeting moments, but also more poignant hours. The Hotel du Palais, a symbol of a love affair between luxury and poetry, would become, in many ways, the showcase of Biarritz starting in the19th Century. It is a book whose pages are filled with images, first of old engravings, then of photos, like a fairy tale in which the words the end are continually put off for later.

The Hotel du Palais is a member of The Leading Hotels of the World.

The hotel’s apartments and rooms were entirely renovated, under the careful supervision of a master decorator. A superb swimming pool was built and inaugurated by the stars of the day, Bing Crosby, Porfirio Rubirosa, Gary Cooper, Frank Sinatra, Jayne Mansfield. The great names of Spain returned to their preferred playground, as well as the couple who would remain loyal to Biarritz until their last breath, the Duke and Duchess of Windsor. Today, modern times have so dramatically changed our old customs that some could wonder if a palace such as the Hôtel du Palais might one day fall out of fashion and favor. To such skeptics, we can only reply without doubt, that the reality is quite the contrary. Those who have a taste for travel, comfort, and quality, and a fascination for history, prestige and tradition, will always find a home at the Hôtel du Palais. One of the rare European palaces to have retained its soul, it can look forward to a future that lives up to the legend.

Perched regally on Biarritz’s wide, sandy beach, one hundred yards from the town’s centre, the Hotel du Palais is a two-minute walk from the Casino.

J.M Gautier Subtle flavors and visual pleasure combine for a delicate harmony that Chef Jean-Marie Gautier is eager for you to discover.

L'hippocampe For a relaxed moment around the pool, or a laid-back lunch, the Hippocampe restaurant welcomes you.

Bar Imperial Stressless moments in an Imperial setting, lulled by the sweet harmonies of our pianist.

Each of the Suites is equipped with luxurious amenities, including all those found today in a palace, but with an authentic and historical touch that does not allow imitations.

Suites Edouard VII and Alphonse XIII are located in the first floor. These guest rooms have been fully refurbished and have a private terrace with impressive ocean views. The Suite has been rebuilt with original decorations, and includes a large round living-room, a dining-room and one guest rooms. The Suite has a surface of 152 m² The guest room has a bathroom which include spa-bath and Jacuzzi. Walls and floors make up an exquisite picture, decorated with Burma teak wood, Carrara marble and Italian ceramic vases and other details. Guest rooms have amenities such as television, mini-bar, independent dressing room and bathroom. The living-room leads to a private terrace, and is furbished with a dining-room, and a large screen interactive television.

154 Rooms and Suites The first flutter of an eyelid, the first rays of azure blue. A morning star lazily weaves its light voluptuously through the awakening day. Already, velvety-like fruits and sumptuous brioches appear at your door to whet the appetite and awaken sleepy taste buds. The soul of the Palais reveals itself first in its rooms and apartments, testimonials to the opulence of times past. Carefully chosen objects, cozy intimacy, luxury can be defined as the pleasure of living here in absolute serenity.