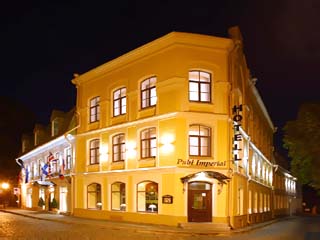 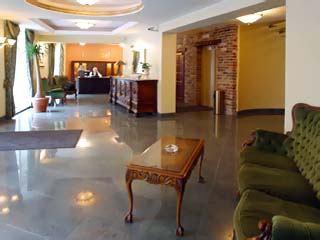 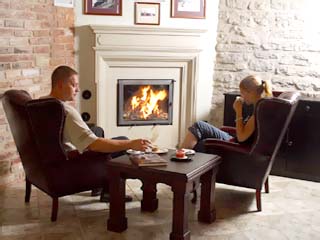 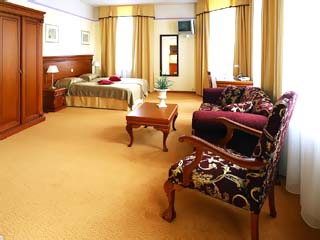 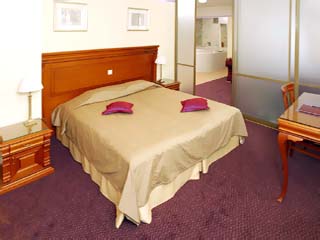 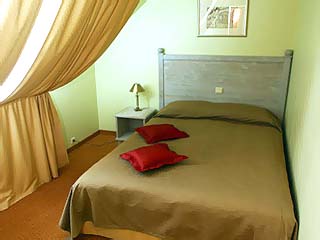 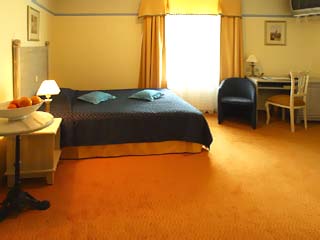 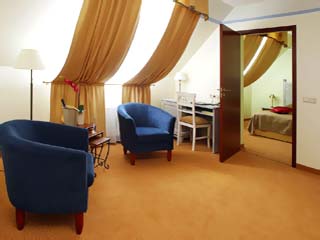 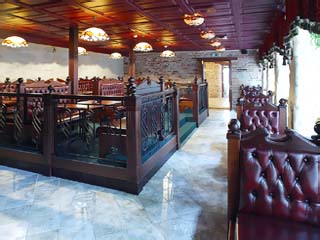 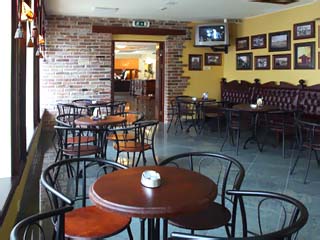 The Hotell Imperial  is a small, cozy and safe Hotel in Tallinn’s Old Town. The building is erected against the city wall which is a late and unique phenomenon in historical tradition. Having been completely renovated in 2003, the quaint centuries old milieu of the Hotel has been preserved. The ancient streets of Toompea, the old-fashioned Churches and the best Shopping centers, Theatres, Restaurants, Night Clubs – all of these are just a few minutes away from the Hotel. The closeness of the port and the railway station make the stay in the Hotel very comfortable for the visitors.

Mantel chimney that has been preserved up to this day and parts of medieval city walls in the basement refer to the old age of the building. On the second half of the 19th century, the building was owned by von Stackelbergs. No extensive reconstruction has been done in the building, but throughout times an attempt has been made to preserve everything historically valuable.

Since 1919, Hotel and restaurant Imperial were located in this building. The hotel was situated, like nowadays, by the road coming from Tallinn railway station. The biggest fans of hotel Imperial were the Finnish volunteer soldiers who were sent here from Finland by the headquarters of Estonian Relief Organization in connection with the end of the war. It was a time when the whole of Imperial was full of singing. The merry times were over when part of the Soviet-Russian embassy moved to the hotel after a year.

During Soviet times the hotel took the name “Balti” which was the name of a neighboring hotel. Until 1980, the first floor of the building was used as a beer restaurant. Since the beginning of June in 2003, the four star hotel Imperial has been reopened. All the visitors are welcome to enjoy the cozy and centuries old milieu. The visitors are offered accommodation in business class rooms with luxurious furnishings and enjoyable evening hours in the hotel restaurant. In addition, the visitors have a chance to hold meetings in a unique milieu and spend free time walking by the old and respectable city wall.

The Hotell Imperial consists of 32 spacious Rooms in the Hotel, 12 of them are single Rooms, 20 are Double, including 4 Deluxe Suites.

All the Rooms have a Shower or a Bath, WC, Mini Bar, Satellite TV, Direct Phone Line and Internet Connection. In the Hotel, there are separate Rooms for non-smokers and people with allergies. Also, Rooms have been furnished for the Disabled corresponding completely to their special needs .