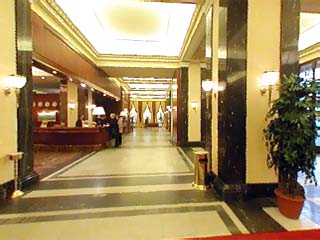 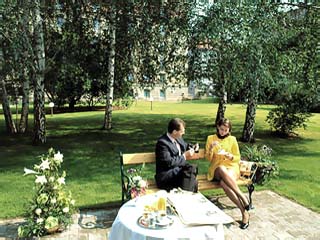 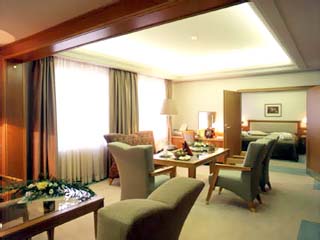 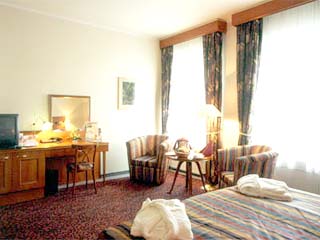 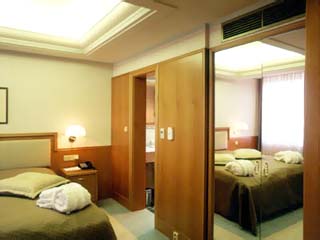 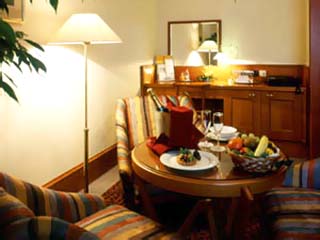 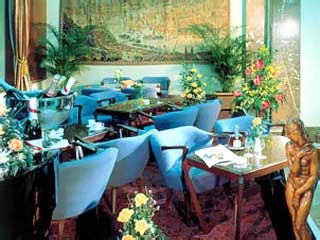 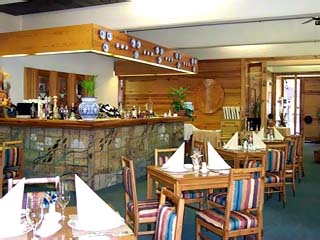 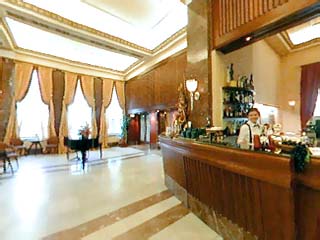 The Crowne Plaza Hotel was built In 1952-1954. It evolved from an original combination of the architecture of Socialist Reali known as Sorela, and art-deco of the American type, completed by Czech artists and craftsmen. The Hotel thus acquired elements strongly reminiscent of buildings constructed in the twenties and thirties of the 20th century in the USA. The Hotel was designed in 1950 by the architect Frantisek]erabek in co-operation with architect Frantisek Trmae, who formed the collective of the Military Project Institute in Prague. The Hotel was planned on the basis of a pre-selected town-planning study as a dominant landmark along the lines of the Lomonosov University in Moscow. The building of the Hotel is constructed as a combined skeleton with the footprint in the shape of the letter "T". In the interior, classical materials were used, worked with great craftsmanship in the individual details which was a tradition of craftsmen from the First Republic, who were still active at that time. Under the guidance of the architects a number of leading artists created a number of noteworthy originals for the Hotel, dominant among which are tapestries, stained glass, mosaics, chandeliers, wrought iron, hammered copper banisters and various pieces of stonework. Exceptional are also the paintings opposite the grand staircase which were created by means of an old Italian technique known as stucco lustro. Among the most important artists who participated in the construction of the Hotel were Cyril Bouda and Max Svabinsky. The furniture, a considerable part of which, after renovation, is still used by guests today, was manufactured in the style of cubist-like reminiscence, in the spirit of the already-mentioned art-deco and also partly after the pattern of the presidential library in Prague Castle. After forty years of operation the Hotel furnishings were worn to such an extent that it was essential to carry out a general reconstruction. This was entrusted to architect Michal Sourek. The reconstruction was also a condition for the inclusion of this Hotel into the worldwide network of Hotels bearing the name of Holiday Inn. In the building of the original military building no expense was spared on high-quality material and therefore it was possible to keep all the marble tiling and many other architectural elements. It was also possible to lighten the dark Rooms and sensitively extend the Entrance Hall, where a new place was found for Reception. Through opening it up towards the exterior, the Lobby Bar acquired a unique atmosphere, with the extra light emphasizing details of the art work evocative of the fifties. After furthermore investments by Austria Hotel International - today's owner - in order to meet the tough quality standards, the Hotel was renamed/upgraded to the Crowne Plaza Prague Hotel. At the present time, the Hotel is considered, from the point of view of art history, to be a unique historical building which was recently included in the Central List of Historical Buildings of the Czech Republic.

The Crowne Plaza Hotel is situated in one of the quietest parts of Prague, near Prague Castle and 10 minutes by car from the airport at Prague Ruzyne.

The Harvest Room Restaurant is the main gastronomic centre of the Hotel where specialities of Czech and international cuisine are served. The furniture of massive wood, which has been refurbished, gives a very pleasant period look, giving the Restaurant a unique ambience and atmosphere. The Restaurant has seating for 160 guests. Breakfast is served in Buffet style, Luncheon and Dinner a la Carte. With an atmosphere all of its own is the Café in the Lobby Bar, on the ground floor in the right wing of the Hotel, with seating for 80 guests. In the evenings guests can relax here with live Piano music. Raca Wine Restaurant offers a special opportunity to spend an evening tasting wines straight from local cellars with its frequent Wine Party Folklore programme. Ideal for groups and Incentives.

Following the reconstruction of the Hotel there are 250 fully Air-conditioned Rooms available for Guests corresponding to the international standards of Crowne Plaza Hotels & Resorts.