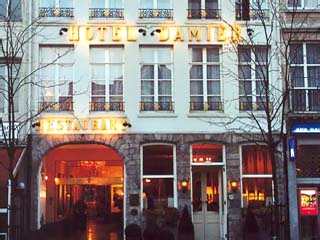 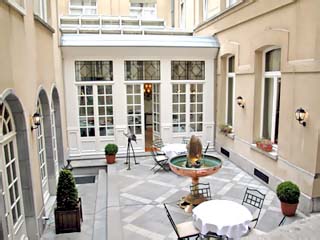 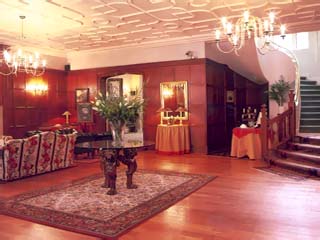 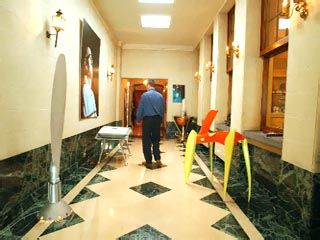 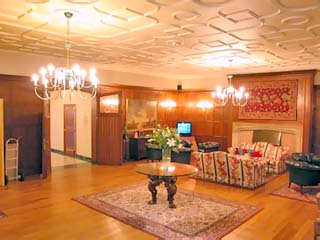 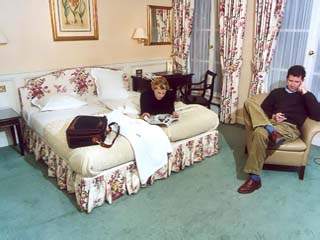 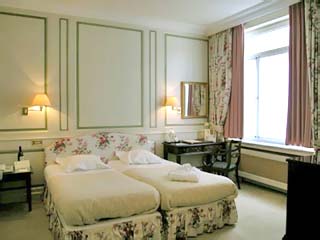 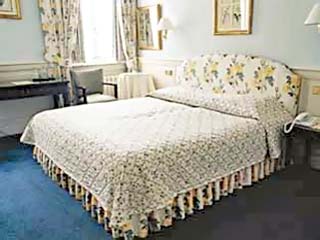 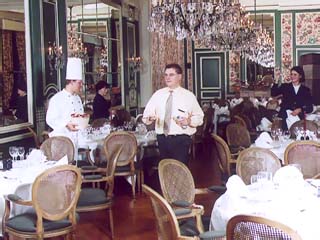 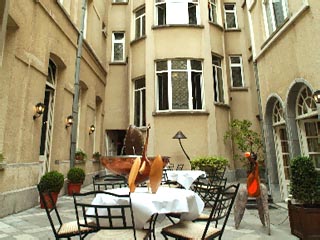 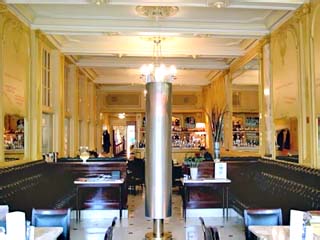 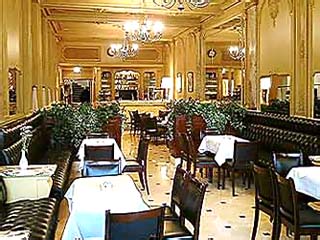 This unique Boutique Hotel was built around an inner garden, in accordance with the tradition of the Grand Hotels. Hotel Damier, a business Hotel, is anything but cold-hearted or strict. The elegant facade, the strategic location in the Grand Place and the plush furnishings testify to a profound cultural identity. If you stay at the Hotel Damier, you will sense the spirit of Flanders and wallow in the opulence of its cultural heritage.

The oldest document which contains a reference to the Hotel Damier dates from 1398. It says there that The Scaek is a hostelry, where travellers are given board and lodging.

The Scaek is the Old Dutch name for the present-day French equivalent Damier. The name of the establishment has changed repeatedly down the years, in accordance with local history and the linguistic system. From the seventeenth century onwards we come across the name The Daemberd and, for the first time in 1795- the so-called French period the name Hotel Damier.

The facade has remained unchanged since the day it was built in 1769. With a magnificent rococo facade, the building is one of the finest architectural assets of the city of Kortrijk

Hotel Damier is situated in the heart of the city centre & C.B.D., on the famous market square offering delightful dining, entertainment, major shopping, banks & a great buzzing night life. It lies only 8 minutes from the Exhibition Center ('XPO Kortrijk'), 18 minutes from Lille (North of France). Just a half hour drive from Bruges and one hour from Brussels and International Airport. The Railway Station is just 2 minutes walk from the Hotel. Public transport nearby the Hotel.

The restaurant "De Gulden Sporen" organises regulary gastronomic festivals in co-operation with Michelin Star rated restaurants. The Daemberd Barlounge, designated a listed building by the Bureau of Ancient Monuments and Historic Buildings, is still, to this day, one of the last surviving fine examples of how plush inns used to look in Flemish provinces. The exceptional hotelbar has now become a barlounge with special focus on:

Hotel Damier features 49 Rooms including 3 Suites all cosy, comfortable and well eqquiped. Most Rooms features Airco and some Rooms have a Jacuzzi