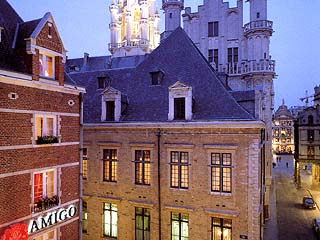 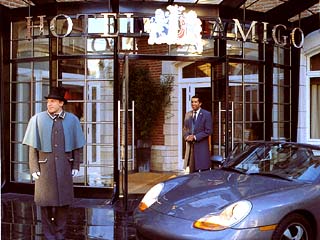 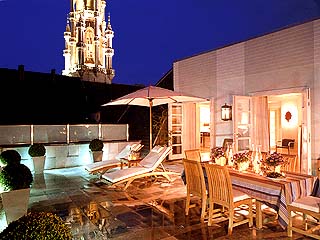 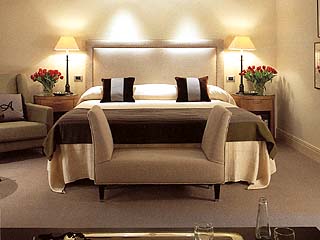 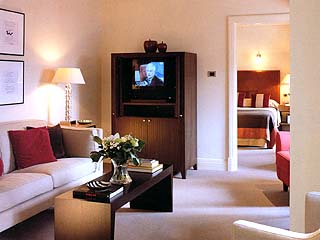 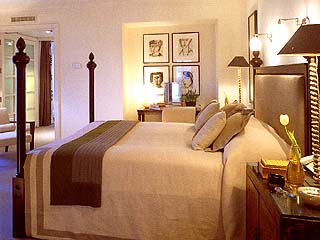 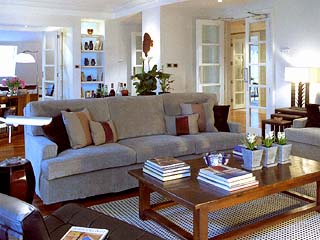 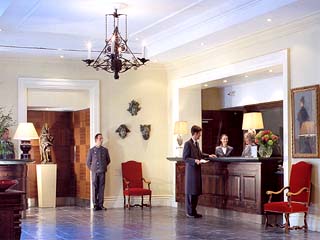 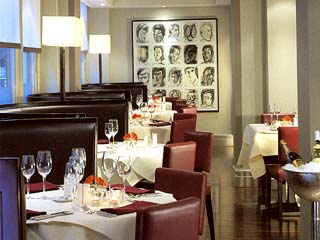 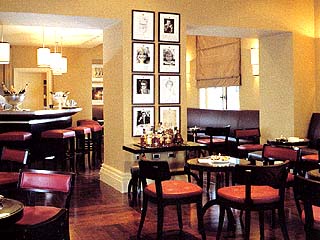 Rocco Forte Hotels is delighted to introduce the newly refurbished Hotel Amigo, which we have restored to its rightful status as the best luxury hotel in Brussels. As befits the capital city of Europe, we have ensured that the latest facilities and technology have been provided throughout the hotel, from Bedrooms to Conference Suites. In addition we have added a new Restaurant and a new Fitness Centre. The style depicts the fresh, modern interiors now synonymous with the Rocco Forte Hotels brand whilst retaining the Hotel's character and charm. This refurbishment, together with our pledge of the highest levels of five-star accommodation and personal service, should ensure that you will have a pleasurable stay, whatever the reason for your visit.

The architecture and welcoming atmosphere of the Amigo, together with its privileged position right in the heart of Brussels, places it firmly in the great traditions of the "hotel industry", where the greats of this world - notables, stars, businessmen and informed tourists have been hosted. Just one step from the famous "Grand Place", and Lace Museum, not to mention Brussels oldest citizen "Manneken Pis", the red brick facade of the Hotel, built in Spanish Renaissance style, fits perfectly into the architectural past and present of its surroundings. The Amigo offers every comfort to ensure that your stay is a moment of true excellence.

The building was first mentioned in the town's records in 1522 when the city council bought it from a wealthy merchant family to turn it into a prison. The Spanish rulers at the time mistook its Flemish name to mean "friend" and therefore translated this into their language as "Amigo". The irony of this misunderstanding seems to have pleased the people of Brussels and the name has stayed with the house and the surrounding area ever since. After serving various purposes over the following centuries the building was transformed into a Hotel in 1957. Paul Verlaine, the French poet, was imprisoned in this place on July 10th 1873 after he injured his friend Arthur Rimbaud with a gun on the moment he wanted to leave him.

Historic artefacts displayed on the premises including canvases from famous artists such as Courtens, Dansaert and Wagemans together with paintings by the Dutch and Italian schools. Flemish wall tapestries from the 18th century and the authentic paving stones in the lobby, were originally used in the surrounding streets, help to create the special charm and character of this place.

On the 11th January 2000, the hotel was acquired by Sir Rocco Forte to form part of his exclusive chain of 7 luxury Hotels in various parts of the world. This collection of hotels under the name of Rocco Forte Hotels International represents attention to detail, quality and service in delivery. Following the takeover by Sir Rocco Forte the Hotel is now undergoing a major refurbishment to cater for the requirements of modern business travellers.

Chic, distinguished and reputable, this five-star Hotel is shining in the centre of Brussels next to the historic, picturesque Grand Place - one of the most beautiful squares in Europe.

In July 1873 the famous French poets Paul Verlaine and Arthur Rimbaud had a terrible quarrel, which resulted in Verlaine hurting his friend Rimbaud in front of the Hotel Amigo. He was immediately arrested and spent one night in the Amigo Prison. Now, a new brasserie-restaurant is born at the place of the drama: "Le Verlaine". Located on the ground floor that also has a separate entrance from the street. It has a smart feel with wooden floors and long banquettes. Extensive windows allow you to look out over the cobbled streets and take in the hustle and bustle of the area. ”Le Verlaine” is able to accommodate up to 110 diners and will provide a wide selection of Belgian and French dishes and an extensive wine list with a choice of exceptional wines.

Singles & Doubles: Hotel Amigo offers a variety of Bedrooms and Suites that are individual in style. Some rooms have views to the Grand Place, whilst others look out over the churches and spires of the city. Good-sized Bathrooms contain mosaic details in red or green to match their marble vanity tops, and figures of Herge's characters Tintin, Snowy the dog and Captain Haddock enliven the walls with a touch of humour. Superior Rooms - All have a King-size bed with comfortable Chairs and Writing Desks. In room Air-conditioning, marble Bathrooms, computer and fax connections with digital and analogue lines, two-line Telephones, Voice mail, interactive Satellite TV, Mini Bar, Safe, Trouser press. Some have views over the Town Hall. Deluxe Rooms - Offer the same facilities as the Superior rooms however the Deluxe Rooms are larger. The Deluxe Rooms on the 6th floor have a Balcony and a view over the Town Hall. Executive Rooms - Spacious Bedrooms with a self-contained seating area in addition to all the facilities offered in all our Rooms.

Suites: for the ultimate luxury, Hotel Amigo Suites offer extensive views over the rooftops of Brussels and the picturesque Town Hall, are extremely spacious and are furnished to the very highest standards:- Junior Suite - Spacious Bedroom with a seating area in addition to all of the facilities offered in all our rooms. Deluxe Suite - One bedroom Suites with a spacious Lounge and a seating area. Large bathroom with a separate Shower in addition to all the facilities offered in all of our Rooms. Royal Suite - This is the most unique and elegant Suite, providing the highest level of comfort in the heart of Brussels. The Royal Suite is named the Armand Blaton Suite in memory of the founder of the Hotel Amigo. The Blaton Suite, 180 square metres, is situated on the top floor of the Hotel and has an enormous terrace of 60 square metres, with extensive views over the rooftops of Brussels and the picturesque Town Hall. It is extremely spacious with a large Hall, two Bedrooms with en-suite Bathrooms, a large Sitting Room, a Dining Room with many paintings hung from the Amigo's original collection, a private Kitchen and an open Fireplace.