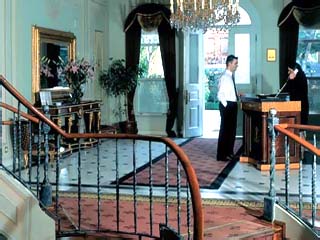 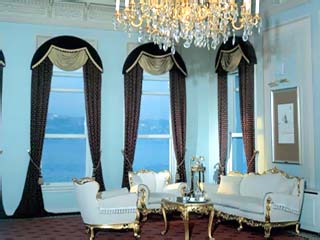 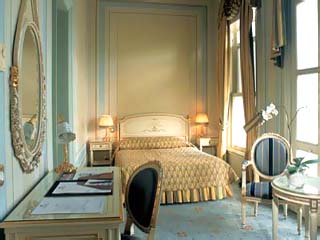 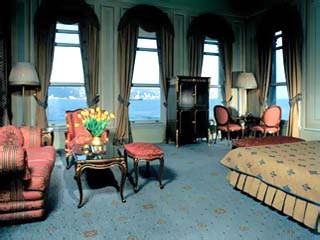 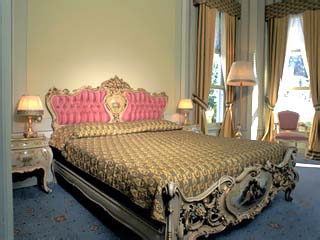 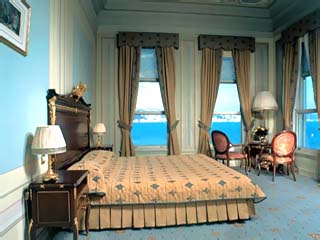 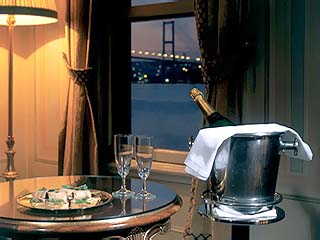 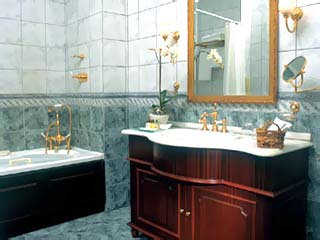 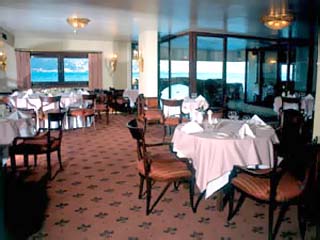 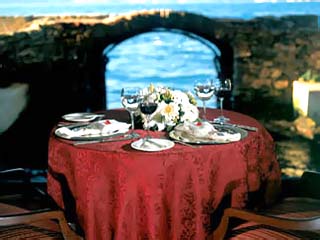 The Hotel is situated very near the Bosphous Bridge, the ideal location of the Hotel provides its privileged customers with the advantages of being near the center of the city of Istanbul, while enjoying the comfort of all modern conveniences in a setting which reflects a refinement and culture stretching back hundreds of years. The 14 quest rooms of the classical style Bosphorus Palace Hotel are each beautifully and exquinsitely appointed, with care given to every detail. Here the quest cab experience traditional Turkish hospitality in a rich and luxurious setting. The extraodinary privilege of this accommodation is revealed in having the opportunity to enjoy a wonderful breakfast while feasting the eyes on a view of the deep blue hues of the Bosphorus, or in sampling the superb Mediterranean dishes at lunch or dinner served in the Hotel's Restaurant while shipping on a gobled of the finest of wines.

Bosphorus Palace Hotel was first the site of the recidence of the Grand Vizier of the Sultan Selim III(1789-1807), Damat Melek Mehmet Pasa. In 1890 a new bulding, built on this spot by the architect A.Vallauary, was purchased by Ismail Hakki Pasa. Who was the Deputy of Debre (in todays Albania) under Sultan Abdulhamit (1876-1909).Set in the a 1468 m² garden, the bulding itself is 300 m² at base. The bulding has two stories and is symetric in design with two wings. In its original form the residence consisted of 22 rooms with the harem, or the women's quarters, facing the garden and the selamlik, or men and public rooms facing the sea.  Although the bulding was completely burned by fire in 1983, it was reconstruced according to its orginal design during the years 1993-1996 by using previous drawings and photograpies. The reconstruction and interior works were performed by the company, Yali Tourism Investments and Management Inc., with the approval and supervision of the Ministry of Tourism.

Restaurant with the capacity of 100 people...Rich meal presenting restaurant in its special location in the Bosphorus and with its distinguished, romantic atmosphere. Waves play sweet melodies on the foot of palace at lunch. When night falls, moonlight accompany to your pleasure with its tiny movements. Experienced kitchen and service personnel, fresh fish and meat varieties, painstakingly chosen famous wines of the world, unique rich meal and atmosphere distinguish Bosphorus Palace Hotel from the others.

The Hotel consists of 14 Rooms.

The Above Special Discounted Rates are inclusive of all taxes, services and Breakfast Buffet and are not valid for the special days like Valentine's Day, New Year, etc.