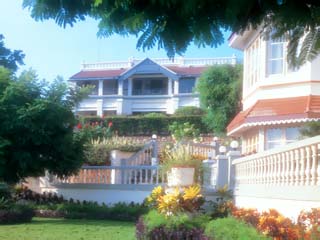 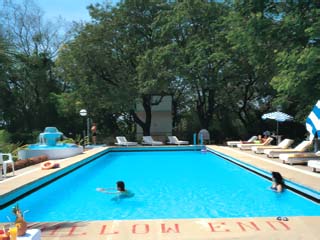 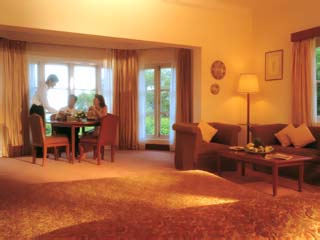 This hundred year-old celebrated property is perched atop the Pasumalai hill, amidst 62 acres of landscaped gardens. The hotel offers a panoramic view of the Temple City and the Kodai hills. It is a 15-minute drive from the famous Meenakshi temple and city centre.

Set atop the Pasumalai hill, with a panoramic view of the Temple city, this century-old property is sprawled over acres of landscaped gardens. The Meenakshi temple and city centre is just 15 minutes away from the hotel. The hotel has 50 rooms including some appointed in a colonial style.

The View Serves Continental, Indian, Chinese cuisine; and alcoholic beverages. Service on the lawns in the evening.

Old-World Rooms Many of these wooden floored large rooms are over a century old and exude an aura of colonial charm.

Superior Rooms Newly constructed, elegantly appointed rooms with bay windows offering a view of the swimming pool and the city.

Deluxe Rooms Spacious rooms with bay windows, offering a breathtaking view of the towers of the Meenakshi temple and the Kodai hills.