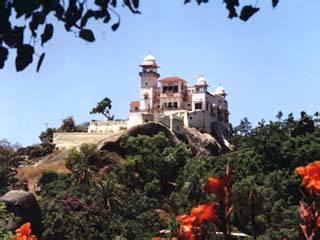 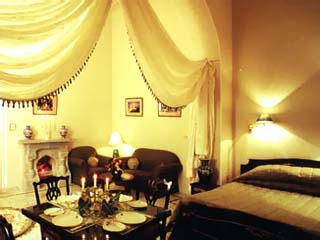 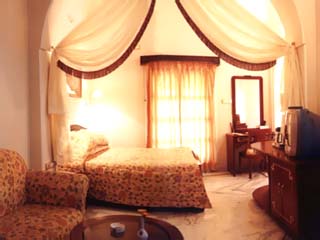 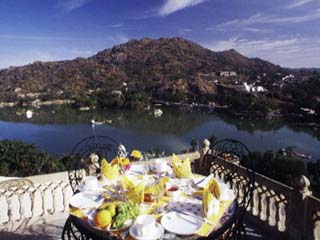 Jaipur House was built as a summer retreat by the Maharaja of Jaipur in 1885. He had the privilege of selecting the best site in Mt. Abu and he chose the high cliff overlooking Nakki Lake and built a beautiful palace in the Rajput style of architecture.

The view is simply spectacular. The Present Maharaja has converted Jaipur House into a luxurious heritage hotel.

Mt. Abu is a granite intrusion in the otherwise sedimentary rock formations of the Aravail Mountains which together with the Appalachians of North America constitute the oldest mountain system of the world. Gurushikhar rising to 5,600 feet is the highest peak between the Himalayas and the Nilgiris.

The Ashram of Lord Vashishtha is situated on this hill, which is renowned in all the three worlds and by spending one night in the Ashram one gets the “Punya” of donating a thousand cows. Mt. Abu, the Abode of the Gods, a place of pilgrimage for the Hindus and the Jains alike has been a place of military vantage and its 2,000 year old Achalgarh Fort has remained invincible.

Mt Abu, a hill station tucked away in a cozy corner of the Aravalli ranges, and is a favorite tourist spot for a weekend with family. From Udaipur, and Ahmedabad, it is a convenient drive to Mt. Abu. The road is very good.

It is a delightful experience to dine on the terrace Restaurant, which offers a panoramic new of Mt. Abu. The Jaipur house prides in giving the guest a very personal service making them feel ' home away from home'.

There are 9 Rooms in Jaipur House, and each room enjoys a panoramic view either of Nakki lake or the city of Mt. Abu. The rooms are sumptuously Chico rated with antique furniture, carpets & chandeliers which will delight even the most seasoned traveler. All the rooms are air- conditioned, have attached bathroom, Telephone and TV.

Junior Suite For Single Use