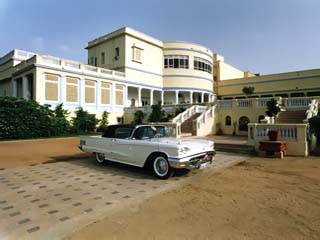 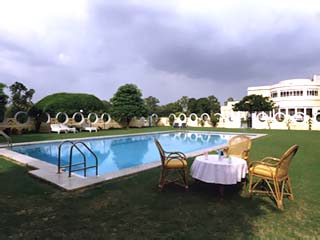 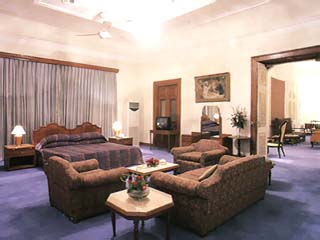 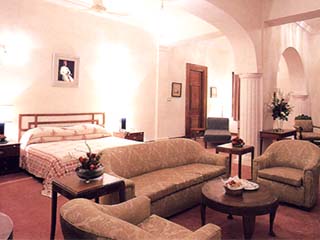 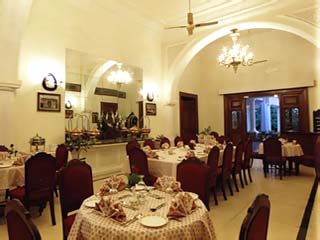 Continuing the tradition of Regal Hospitality, His Highness Maharaja Sawai Bhawani Singh Ji converted Rajmahal Palace into a hotel in 1979. Today, Raj Mahal Palace offers the guest a chance to relive the magical days of the maharajas in full modern comfort.

Till recently, the spacious 14 room mansion of Raj Mahal, with its rosewood- paneled library, billiards room, and the memorabilia of yesteryears, was the home of a king.

It was converted into the official residence of the Resident Political Officer of the Agent General of Rajputana in 1821. Cricket was played for the first time in Jaipur on the front lawn of this residency that year. The Residence, as the palace was then designated, became the center of  political activities.

The rooms in the East Wing and the spacious Billiard Room were built in 1948. Then known as “Prince’s House" it was used as Janwasa during the wedding of Princess Baiji Raj Premkumari of Jaipur, only daughter of Maharaja Sawai Man Singh II, with M.K. Jaideep Singh of Baria. When Maharja Sawai Man Singh II converted Rambagh Palace into a hotel in 1958, he shifted to Prince’s House and renamed it Raj Mahal, using it as his residence till his passing away in U.K. 1970.

The Raj Mahal Palace is centrally located on the Sardar Patel Marg. Jaipur City is very well connected with Delhi for International travelers.

The Raj Mahal Palace has 23 luxurious bedrooms which have been individually and beautifully decorated. Guest can experience the opulence of living like Royalty in the Maharaja & Maharani Suites. Rich fabrics, antiques & priceless paintings make these suites truly spectacular All 23 rooms are air-conditioned, have attached bathrooms, TV and Telephone.