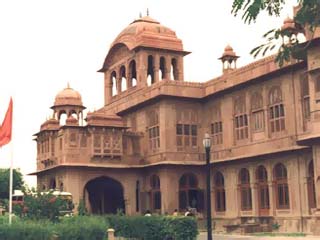 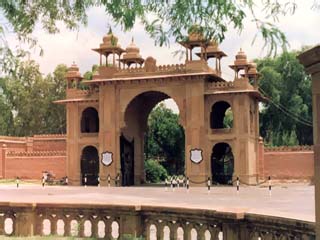 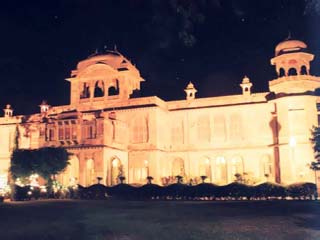 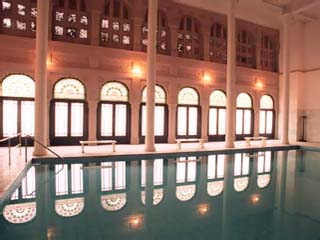 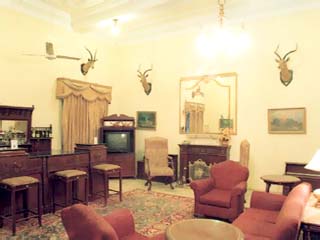 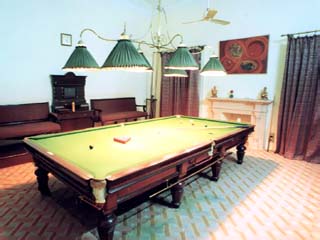 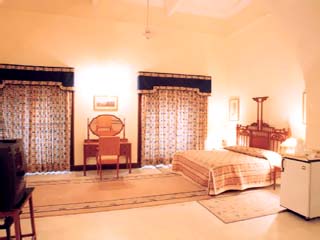 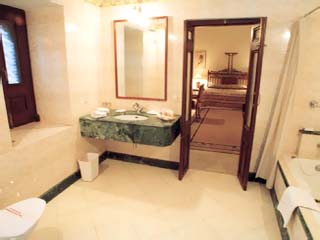 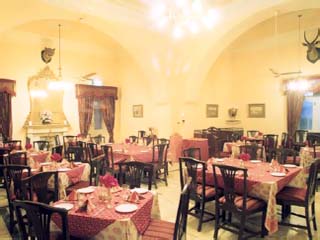 Built in the year 1902 by one of the most outstanding personalities of princely India, Maharaja Ganga singhji. The Lallgarh Palace is sheer poetry in sandstone. Constructed during the first half of the nineteenth century, it defies the bleak and rugged reality  of the Thar desert. Lallagarh Palace is a complete integrated example of Indo-Saracenic architecture, a perfect example of Sir Swinton Jacob’s creations. The palace has played host to a number of dignitaries from all over the world.

Bikaner's history dates back to 1488 when a Rajput prince Rao Bika ji a descendent of the founder of Jodhpur 1459, Rao Jodha Ji established his kingdom here. Bika Ji chose a barren land called "Jungladesh" and shaped it into an impressive city, called Bikaner after the founder's name. Archeological surveys and excavations have established beyond doubt that civilization flourished even before the Harappa period . Excavated statues, coins and carvings of stones and clay stands as testimony to this fact.

Ever since the foundation of Bikaner till its accession into Indian Union in 1947 and there after it's integration in Rajasthan state in 30-3-1949, Bikaner has played a notable role in the history of the country. Bikaner state has produced several able Generals and warriors and distinguished Rulers and just to name of few Raja Rai Singh Ji-One of Akbar's most distinguished Generals. Another famous name is Raja Anup Singh who ascended the throne in 1669 a scholar and warrior. His period has been described as "the golden time of Bikaner valor and fame".

In the modern period Bikaner produced the most outstanding Ruler, namely Maharaja Ganga Singh who ruled for 56 years. He was  a strong and able ruler who renovated the traditional administration, modernized the army, separated the judiciary from the executive, constructed the famous "Gang Canal" and provided a number of welfare schemes, hospitals. His son and successor Maharaja Sardul Singh, who ascended the throne in   1943, played a conspicuous role in the merger of the princely states in the Indian Union. His Nationalistic outlook shall ever be remembered by the citizens of Bikaner. His son Dr. Karni Singh made a mark in Indian politics and in the field of sports. Ever since 1952 General Elections he had been elected as member of Parliament continuously for five terms. He attained international fame in shooting arena.

At present the city is developing fast into an industrial and tourism center.

The service is an excellent blend of India and international hospitality, with great care taken to impress even the very discerning.All Rooms have: