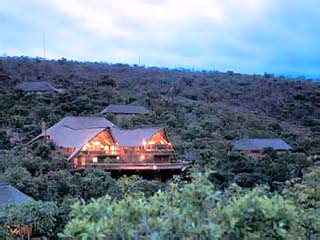 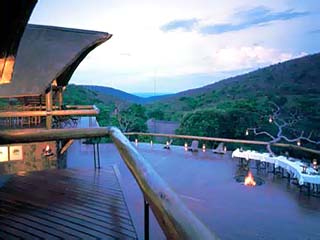 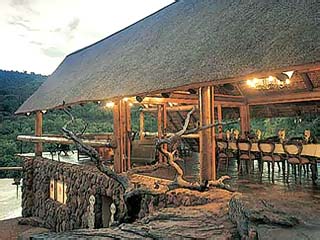 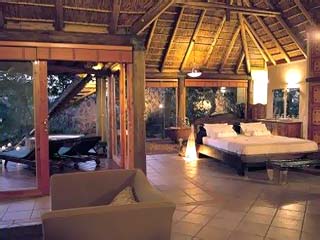 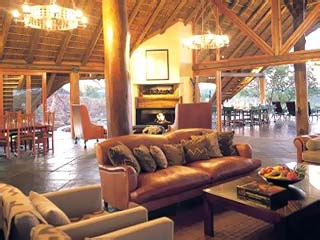 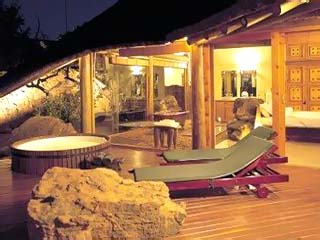 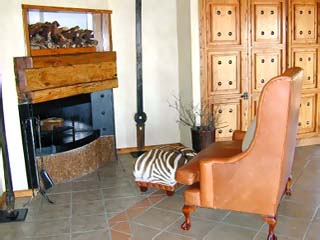 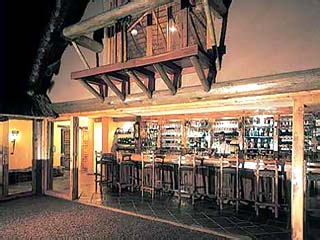 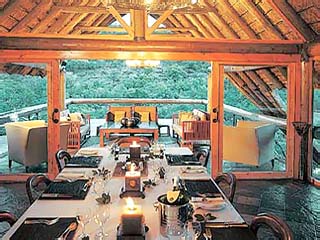 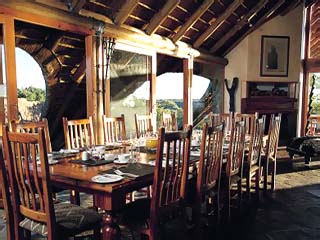 Sediba offers exclusivity, style and luxury against a backdrop of wild Africa in all her splendour. Situated in the Welgevonden Private Game Reserve - a malaria-free area, Sediba is only a three-hour drive from Johannesburg.

The Waterberg - so named by early Trekkers - early explorers for its bounteous supply of clear water - covers an area of some 15,000 square kilometres in the Northern Province. The past decade has seen great changes in the region, from being largely a farming area for many generations, starting with the Trekkers, the Waterberg now embraces game ranching and conservation. Farmers began to realise that conventional farming would not work and that it would be more costly than profitable to work the lands. Hence the conversion from conventional farming to game ranging and conservation. Although there has been farming, the Waterberg has by enlarge been untouched over time, an unspoilt expanse of land, which we should admire and respect.

The Waterberg landscape is both spectacular and mystical with perennial streams that flow through the area sustaining the lush and diverse fauna. The main tribe of this area is the Bapedi, also called the Northern Sotho and the languages spoken here are Sepedi or Northern Sotho, Afrikaans and English.

Bar Service: Both Lodges boast fully stocked Bars with a wide selection of local and International Drinks. A selection of fine cigars are also available. A Mini Bar is provided in the Suite and should one require additional bar items Room Service will tend to the request. All local beers, ciders, soft drinks, and house wines are complimentary. Guests are requested to freely browse through our vintage wine cellar or ask chefs to recommend a wine to complement their meal.

Meals: Mealtimes are pleasurable experiences at Sediba where chefs create mouth-watering masterpieces for guests enjoyment. There are three meals served daily and high tea is served in the afternoon. Meals can be served in various locations such as the main decks, bomas or inside. Guests are welcome to eat their meals at either of the Lodges by pre arranging this with their Ranger. Private candle lit dinners in the Suites can also be arranged.

A gravel road of approx. 5 kilometres in length separates the two lodges. If required,
trans fers are ar ranged between the two lodges in open jeeps. The transfer takes about 10 minutes.

Suite for Single Use Executive Package

Suite for Single Use Package 2