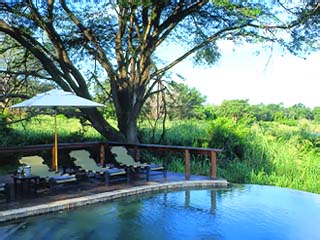 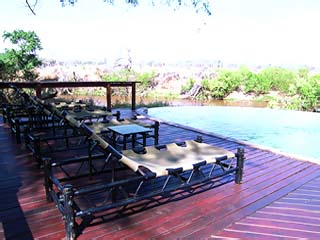 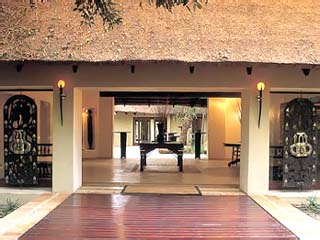 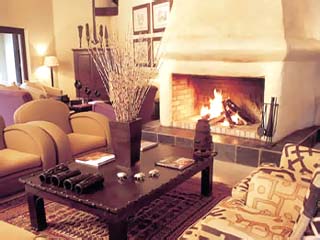 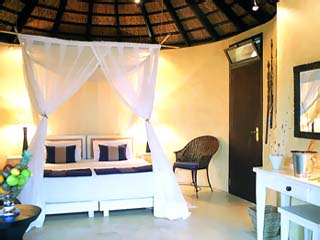 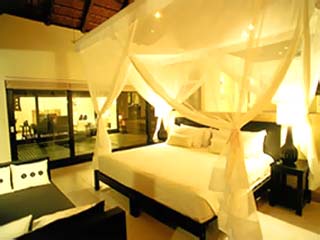 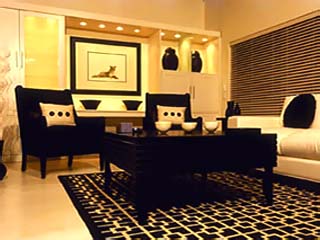 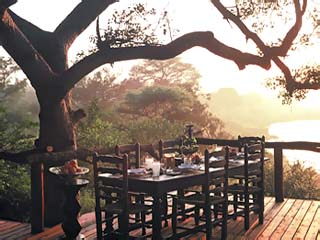 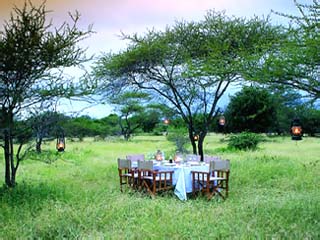 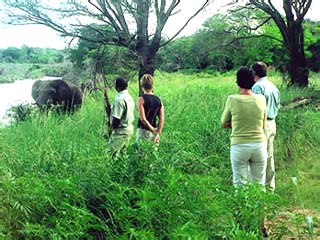 In the late 1920's Guy Aubrey Chalkley, an American of Irish descent, came to South Africa to explore opportunities as a mining engineer. With the gold rush at its height, a stock exchange had been created earlier to help raise finance for all the mining activity. It was in this field that Guy chose to establish himself and, together with Paul Davis, formed a stock broking firm, Chalkley Davis. The business flourished and culminated in one of South Africa's foremost stock broking firm, Davis, Borkum & Hare, which was purchased recently by Merrill Lynch to form the basis of its South African branch.

Being a keen hunter Guy Chalkley often ventured into the wilds. It was on one such adventure that he stumbled onto Kingstown, a jewel of a property belonging to the Transvaal Consolidated Lands that bordered the Kruger National Park. Those lands were soon to become the basis of what is now the world famous Sabi Sand Wildtuin.

Guy Chalkley, overcome by both the affection for the animals around him and the admiration of the pristine condition of the Kingstown property, refrained from doing any form of hunting for the rest of his life. There were no roads then, only markings on trees indicating the route to the camp which Guy followed in his old Ford sedan. This passion for conservation and protection of wilderness areas has been passed down through four generations to the three More brothers who now own and run Lion Sands Private Game Reserve on the very same property, Kingstown.

John More, who married Louise Chalkley, granddaughter of Guy Chalkley, introduced Kingstown to the public in 1978 when he built two camps - River Lodge and Bush Lodge. Even during those early days of extremely basic bush operations, where hot water was a luxury, the More family concentrated on keeping Kingstown in pristine state. Today, the family employs a full time Ecologist, Kay Hiscocks, to monitor the effect of commercialisation on the wilderness.

In the late 1930s Guy Chalkley built a small camp on the banks of the Sabie River, which flows through the Kruger National Park and the Kingstown property. For over 60 years the camp was enjoyed as a peaceful retreat by the Chalkley and More families until the 7th February 2000 when an incredible flood changed the face of the banks of the Sabie River. On that day, by 09:00 the river had risen above the roofs of both River Lodge and the family camp, Warthog Wallow, wiping away decades of history in a single blow.

Nick and Robert More, fourth generation owners of Kingstown, set about rebuilding River Lodge and creating the stunning new Ivory Lodge. They also introduced a new name, Lion Sands Private Game Reserve, to the market and it incorporates the magnificent Kingstown property, aproximately 3500 hectares and both River Lodge and Ivory Lodge. The brothers have the type of passion for Lion Sands that can only be instilled by a great family history. Guy Chalkley, in his brilliance, had provided an enormous opportunity for his family to create something unique and magnificent to share with the world.

Lion Sands has exclusive access to the Sabie River. From its source high up in the Drakensburg mountain range where it passes through the famous Mac Mac falls, the river through Lion Sands teems with wildlife. It is the definitive safari experience. The relatively cool riverbanks offer a brief respite from the relentless African sun. Splendid parades of animals pass through to quench their thirst at the water's edge. And eager predators wait patiently.

The name Sabie comes from the Zulu eSaba, meaning afraid. Both man and beast approach the river with care and respect. It is at once a sanctuary of life and a gripping display of survival. It is what visitors from all over the world come to experience: raw, untouched nature. In ancient days, the lush Sabie river basin was overrun by Africa's largest reptile, the Nile crocodile. Today, they bask in the shallows in slightly less numbers, still snapping their deadly jaws at any creature wading in close enough.

Of course, your safari cannot be complete without exposure to every facet of life in the bush. With the highly informative and holistic approach at Lion Sands, you will encounter all spheres of the eco-system, from the smallest insects to the mighty African elephant. Professionally qualified senior ecologists, rangers and tracking teams ensure that your personal safari experience not only meets but exceeds your highest expectations.

The Ivory Lodge has been built on the banks of the Sabie River with magnificent views, extending onto the open sand banks of the Kruger National Park.

Suites - There are 6 ultra Luxurious Suites with en-suite Bathroom, Outdoor & Inside Shower, Courtyard, Lounge with Fireplace, wooden viewing Deck, Patio & Private Plunge Pool. The Bedroom & Bathroom area are Air-conditioned with Overhead Fans. All rooms have Telephone and Internet Access. The Suites are 165 m² in size and are positioned at least 20 meters apart, being linked to all areas by raised wooden walkways. They all have breathtaking views over the Sabie River, a setting where game viewing can be done from the luxury of one's private suite, Africa's finest.

River Lodge The River Lodge has been built on the banks of the Sabie River. It faces due east, catching the sun as it rises over the Kruger National Park.

Rooms – There are 18 Luxurious thatched Bedrooms with en-suite Bathroom, Outdoor & Inside Shower & wooden viewing deck. The Bedroom area is Air-conditioned with an Overhead fan. All Rooms have Mini-bar & Telephone Access. The rooms are linked to all areas by raised wooden walkways.

Experience – River Lodge is the soul of Lion Sands. It is positioned on a site with trees dating back 800 years. The lodge is about spirit, warmth, nature & relaxation. It is hosted by a family of staff that will make it feel like home from home. Relax, enjoy and experience African hospitality at its finest.

River Lodge For Single Use

Ivory Lodge For Single Use