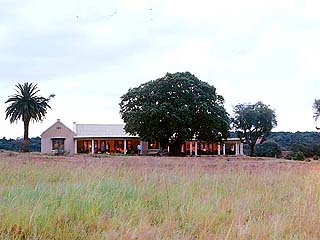 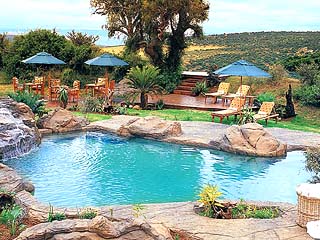 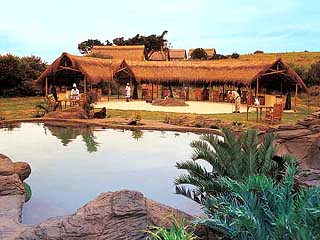 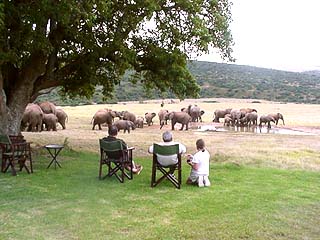 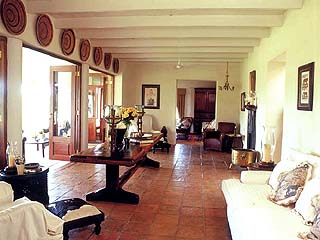 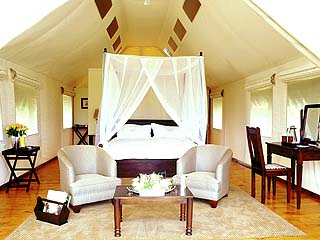 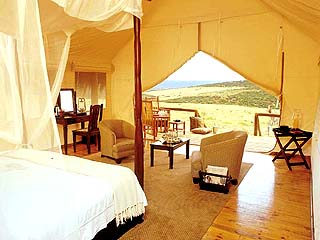 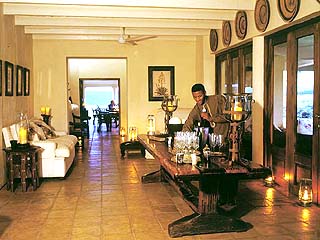 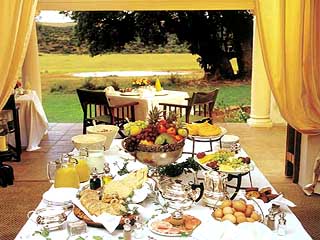 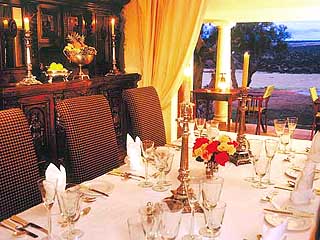 The first private concession in a National Park, is a premier lodge set in the heart of the malaria-free Addo Elephant National Park, home to the densest elephant population on earth.

Whether experiencing the majesty of elephant herds gathering by the waterhole, or encounters at matchlessly close range, the Gorah experience is totally unique. And perfectly compliments your Garden Route Adventure. With arguably the best elephant viewing in South Africa, Addo is also the domain of the Cape Buffalo, Black Rhino, numerous antelope species and a wealth of bird life.

ANIMALS IN THE CAMP:

Deep within the shadows of the dense valley bushveld of the Sundays River region of the Eastern Cape is the Addo Elephant National park. Here, safe from rentless persecution, leviathans of bush now roam in peace. Today this finely tuned ecosystem is sanctuary to over 200 elephants, buffalo, a variety of antelope species, as well as the unique flightless dung beetle, found almost exclusively in Addo.

Some of the Animals you may get to see at Gorah Elephant Camp:

Black Rhino Diceros Bicornis The second largest land animal (after the elephant). Reaches up to 1.8. high at the shoulder and weighs up to 1400kgs. Sense of sight is poor, but hearing and smell are acute. Is a browser and feeds on leaves and herbs. Has no front teeth but a prehensile upper lip with which to strip branches clean of leaves.

Buffalo Syncerus Caffer Curved horns on both sexes rise from heavy bases, spread out and downwards then cure up and inwards. Brownish - gray, darkening with age. Herds of up to thousands. Old bulls solitary or in small groups.

Elephant Loxodonta Africana Largest land mammal. Females and young live in family herds. Males live in solitary or in small groups. Complex social life. Drink daily if possible, fond of bathing and wallowing. Eats about 170kg (up to 300kg) of vegetarian per day.

Kudu Tragelaphus strepsiceros Narrow white bar across face just in front of eyes. arge ears. Wide spiralling horns on males only. Pale grey-brown with narrow vertical white stripes over back. Tail brown above, white below. Small herds in woodlands and savannah where water is available. Males and females separate except in breeding season. Mainly browses but also grazes fresh grass.

Red Hartebeest Alcephus Buselaphus Head, long and narrow. Black on top of muzzle. Horns are high in the head, rise straight up, curve forwards then sharply backwards. back slopes from hump on shoulder. Brick-red with black on shoulders and legs. pale upper rump. Herds of up to 20 sometime aggregations of hundreds. Breeding bulls territorial.

Zebra Equus Burchelli Black muzzle. Striped black and white on the face and body. Usually pale chestnut shadow stripes on rump. No dewlap. Breeding groups of up to about 5 mares held by one stallion. Young males from bachelor herds. Grazes on short grass in grasslands and open woodlands where water is available.

The Gorah House - Restored to it's 19th century colonial splendour and period furnished, the main house reflects a noble opulence and delivers the meticulous service and attention to detail that characterises Hunter's properties.

Gorah Elephant Camp is a 4.500 ha concession situated right in the heart of the Addo Elephant National Park, home to the densest population of elephant in the world. The Addo Elephant National Park is situated 72km north of Port Elizabeth near the Zuurberg Range in the dense, indigenous bush area of the Sunday's River Valley. The park was proclaimed in 1931 to preserve the last survivors of one numerous herds of elephants in the eastern cape that were hunted almost to extinction. The Park is 12 123 ha of gently undulating valley and is fenced. Directions: Travel East on N2 from Port Elizabeth through Colchester, then take N10 (North) to Paterson. 4 km after this intersection, turn left into Addo Heights Road (gravel), follow for 9kms. Gorah gate on your right.

Dining is by candle-light in the elegant dining room, or on its lazy verandas overlooking the waterhole. The sounds of the bush create a magical air of peace and tranquility, broken only by the splashing of water as the animals arrive to drink under the cover of darkness.

Guests can relax in the boma area with it's beautiful rock swimming pool and sun-drenched decks. Experience the African tradition of cooking and eating under the stars.

Please note that no children under 6 years old will be allowed in the main dining room during dinner i.e. After 7:30 pm, it is simply too disruptive to other guests dining at this time.

The romantic atmosphere of the ten spacious and luxurious tented suites, recalls the golden era of safari in the early 1900's; yet with the comfort and excellence associated with Africa's finest game lodges.

Although very few game lodges in South Africa accommodate children under 6 and 12 years of age and even fewer under 6 years of age, we realise the importance of catering for guests who have young children as well as the enormous benefit that these little people derive from a bush experience. We therefore accept children of all ages at Gorah.

There are however limitations that we ask you to appreciate to enable us to continue to accommodate our little guests and facilitate a comfortable experience for all our other in-house guests. There are also certain physical limitations on the side of children which has been taken into account.

We therefore only accommodate children six years and older on the "adult" drives. Children under 12 years of age are also, however, encouraged to go on the children's safari and program rather than on the "adult" drives. The adult drives are up to 4 hours long, which is too long for small children, so kiddies drives will be limited to 1 hour or 1½ hours. On the children's safari drive the ranger will avoid potential danger situations by not approaching too closely either elephant, buffalo or black rhino, and concentrate rather on the antelope and smaller game. Any children under 12 on any drives must be accompanied by at least one of their parents.

Children up to 12 years can be accommodate in the same tent as their parents on a luxury stretcher. Maximum of two children per tent. Toys and board games, special menus and party boxes on drives are available. Babysitters can be arranged for during game drives and dinner.

Finally we ask that parents be especially sensitive to the fact that Gorah is in a beautiful, quiet wilderness area and is surrounded by large numbers of wild animals; so unruly behaviour by the little chaps can be very dangerous particularly when game is close by, not only affecting the quality of game viewing around the longe, but also the experience expected by other guests. please be aware that children accommodated at Gorah are at all times the sole responsibility of their parents.